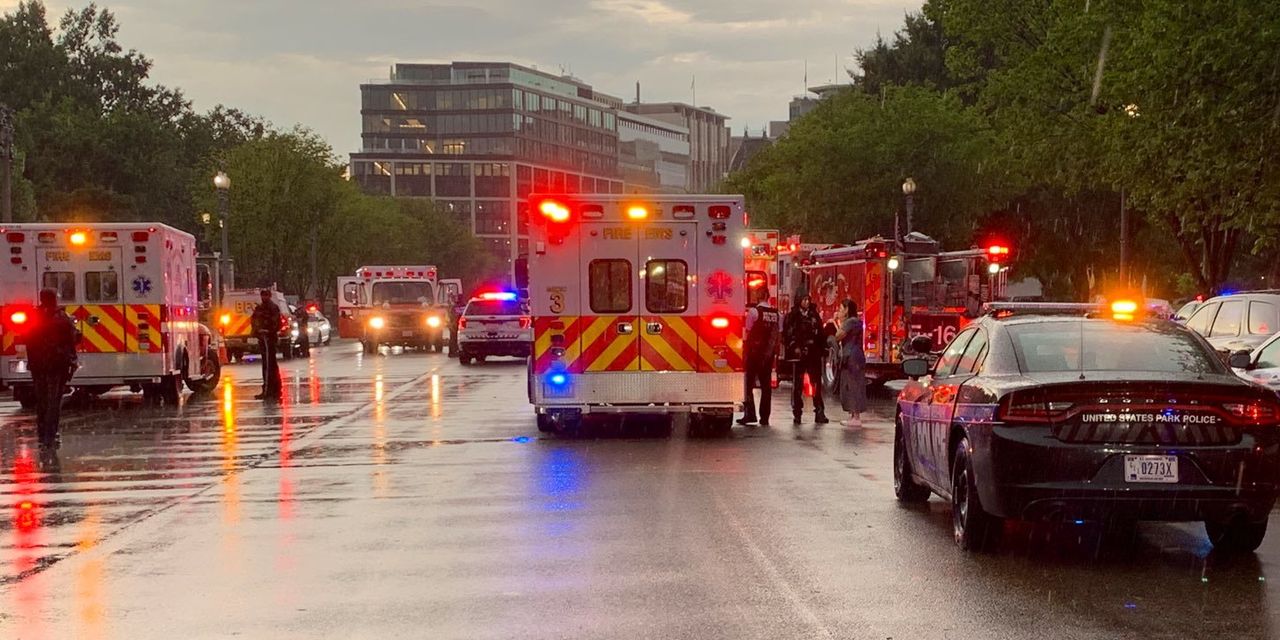 Two people treated after being struck by lightning near the White House have died, D.C. police said Friday, and two other victims are in critical condition.

Four people, two men and two women, were apparently struck by lightning around 6:30 Thursday afternoon in Lafayette Square, which is just north of the White House, D.C. authorities said.

The two who died were James Mueller, 76, and Donna Mueller, 75, both of Janesville, Wis., according to a DC Metropolitan Police spokesman.

The other two victims, who were not immediately identified, remain in critical condition, he said.

The D.C. Department of Fire and EMS responded to a call about an apparent lightning strike in Lafayette Square, a 7-acre public park, department spokesman Vito Maggiolo said. Crews found the four victims, all with life-threatening injuries, near a large tree, he said.

The storm was one of several that formed in the D.C. and Baltimore area around 6:15 p.m., National Weather Service meteorologist Bob Oravec said.

“The storms came in quickly, as they do, and formed a line and moved eastward across the region,” he said. “It was very lightning active, which is quite typical for summer.”

“Our hearts go out to the families who lost loved ones and we pray for those who are still fighting for their lives,” he said.