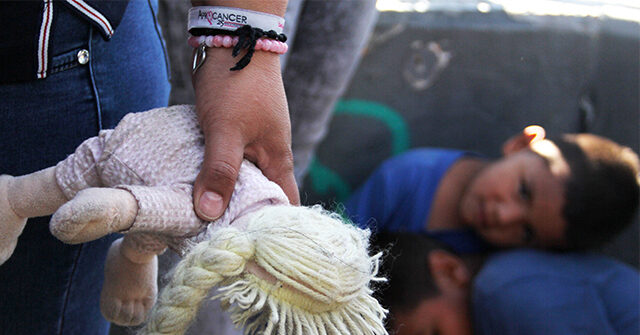 The number of unaccompanied alien children (UAC) who crossed the border illegally as of February 2021 stands at 243,850. In fiscal year 2020, under the previous administration, 34,126 UACs were addressed. The increase resulted in the cost to taxpayers exceeding $6 billion in 2021 alone.

On average, according to the Department of Health and Human Services (HHS), 350 UACs are apprehended daily by Customs and Border Protection, which includes the Border Patrol. HHS takes custody of UACs from countries outside of Mexico to locate sponsors within the United States. HHS then releases the minors to await a final decision on their immigration cases. According to HHS, the 30-day average of releases is 368 per day.

In fiscal year 2021, more than 127,000 UACs were transferred to HHS. According to a Congressional Research Service report, funding for Unaccompanied Alien Children for 2021 was initially set at $1.3 billion. The report states that HHS reportedly transferred about $2.1 billion from other health-related initiatives to cover the cost of the UAC increase during the year.

Although released unaccompanied immigrant children are expected to appear at subsequent immigration proceedings, the report says the vast majority are no-shows. Of the more than 41,000 cases adjudicated between 2017 and 2021, a mere fraction of the total referrals to HHS, 25,638 resulted in removal orders. More than 19,000 of the total removal orders were in absentia.

The order that once resulted in an almost immediate deportation of most UACs to Mexico has discouraged most attempts to cross the border illegally. According to HHS, in fiscal year 2021, the predominant nationalities of unaccompanied children were from Guatemala (47%), Honduras (32%) and El Salvador (13%). Only 8% of the remaining UACs were from other nations.

During the previous administration, UACs from these three countries could be deported under the CDC’s Title 42 emergency order.

As reported by Breitbart Texas, the surge has resulted in numerous facilities being set up across the country to host UACs. The cost per day for these unaccompanied migrant children in temporary shelters is over $750.

As of Wednesday, there are approximately 10,293 unaccompanied immigrant children in HHS care. At the end of April 2022, the average length of detention for each migrant child was 28 days.

Randy Clark is a 32-year veteran of the United States Border Patrol. Prior to his retirement, he served as the Director of Law Enforcement Operations, directing operations for nine Border Patrol stations in the Del Rio, Texas sector. Follow him on Twitter @RandyClarkBBTX.