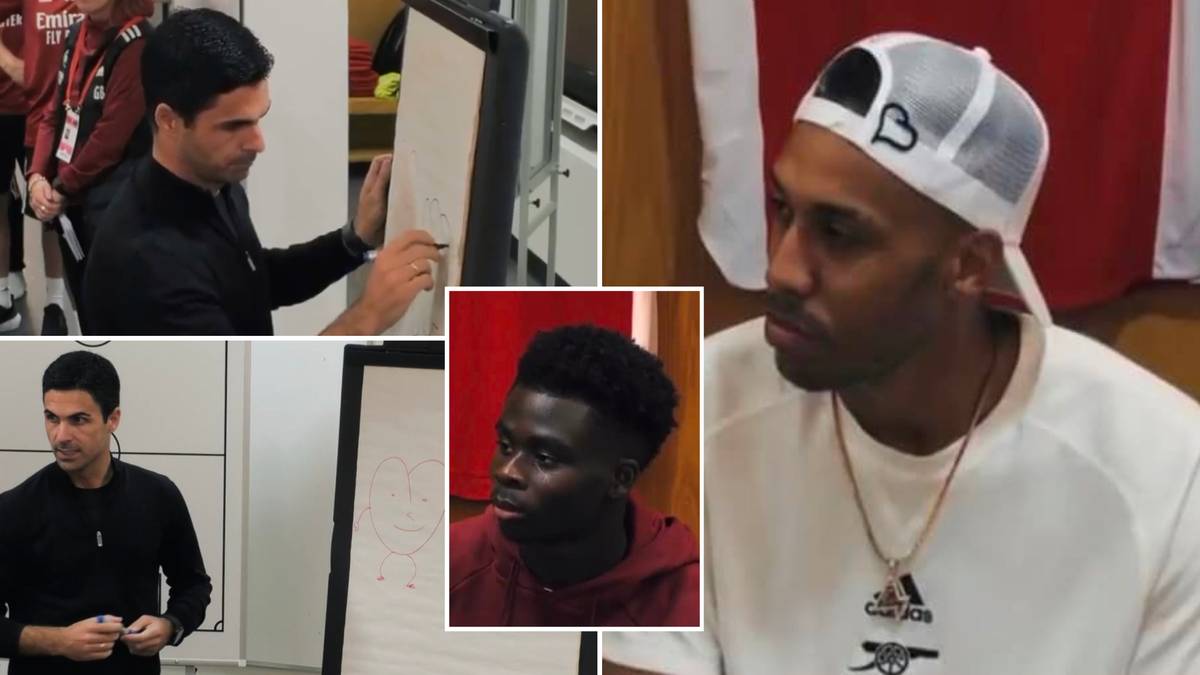 Arsenal Manager Mikel Arteta motivated his players with a plan of one heart and one brain holding hands – but they all looked very confused at first.

Arteta’s management was a big focus and in Episode 2, the Spaniard had to prepare his side for a huge clash with north London rivals Tottenham.

Arsenal have lost three of their first five Premier League games and Arteta knew he had to get everyone on board to beat Spurs.

What did he do? He decided to hammer home the belief and desire he needed to reach the top in a derby.

Taking a pen to the board, he began to draw a brain and heart of an animation and explained that we need to work harmoniously out on the field.

“They want to challenge you to the game. [Pierre-Emile] Hojbjerg, Kane, Dele Alli, [Eric] Dier, you are always in control. When you have to make a decision, when you have to play the gears, you can’t play 100,000 miles an hour the whole game.”

He then points to Arsenal’s fans as the most important part of the puzzle, stressing that they will support the players if they see passion and smart decisions being made.

All six look bewildered, but to credit Aretha, the speech worked. Arsenal won the game 3-1 after goals from Smith Rowe, Aubameyang and Xhaka. They could hear clearly.

Despite the insight that ‘All or Nothing’ has given into the goings-on inside the Emirates Stadium, Arteta has recently called the dressing room cameras a distraction at certain points in the campaign.

“The distraction, or the attraction, was last year having them here every day,” he said at the documentary’s premiere.

“We have tried to work together to make sure that what is produced is the reality of how this football club operates.

“The passion of its people, the goals and responsibilities we all have to make it work, how much we care and love the club and how much we want to bring enjoyment to our people.”

Arsenal finished fifth in the Premier League and failed to qualify for the Champions League. They return to domestic action on Friday night against Crystal Palace.