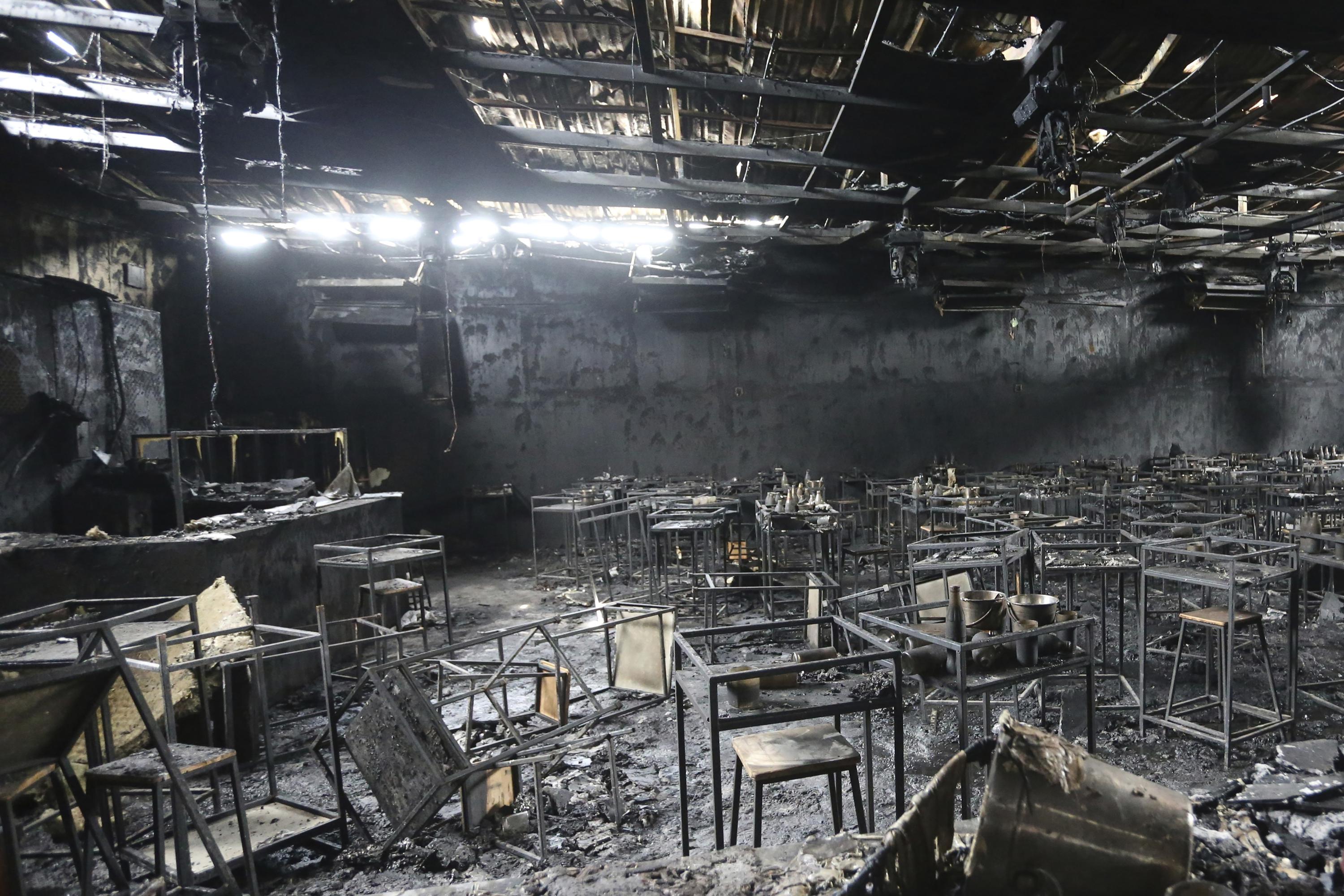 BANGKOK (AP) — At least 13 people were killed and dozens injured when a fire ripped through a busy music pub in eastern Thailand early Friday, police and rescue workers said.

Video circulating on social media shows people fleeing the pub as thick black smoke billowed out of the door, and then the entrance through which people fled was suddenly engulfed in flames. Many people’s clothes were burnt as they left the pub. Rescue crews said more than three dozen people were injured.

The cause of the fire at the Mountain B pub in Chonburi province’s Sattahip district, about 160 kilometers (100 miles) southeast of Bangkok, is under investigation, provincial police chief Major General Atthasit Kijjahan told PPTV news. He said the owner and staff of the pub were giving statements to the police station and the police forensic team would collect evidence at the scene. Police said the fire broke out around 12:45 p.m

Several witnesses described seeing smoke and fire on the roof near the venue’s stage followed by the sound of explosions.

“The fire started in the upper right corner of the stage,” a witness identified only as Nana told PPTV. “The singer must have seen it too, so he shouted ‘fire’ and threw the microphone.”

“I’m quite shocked. But I’m lucky that when I saw the fire, I was able to pull myself together and get out of there,” she said, adding that she saw several pub security guards with their clothes on fire.

A waitress at the venue, Thanyapat Sornsuwanhiran, also told Thai TV reporters that she saw smoke near the stage.

“I shouted ‘fire’ to the customers and I was near the doors so I directed them out. I kept shouting ‘fire, fire’ and the security guards were also helping usher people out,” he said.

Police Chief Atthasit said the club had three entrances: at the front, at the side near the checkout counter and at the back. Thai public broadcaster TPBS reported that the back door is often locked.

A DJ at the pub who was not identified told PPTV that the fire spread quickly, in about a minute, when he heard the sound of an explosion, which broke the windows.

The pub was lined with flammable soundproofing and it took firefighters two hours to put it out, Manop Theprith of a private emergency services group told the broadcaster. His team said 40 people were injured.

One of Thailand’s deadliest fires in recent decades was at a nightclub in the capital, Bangkok, during a 2008-2009 New Year celebration, when 66 people were killed and more than 200 injured. That blaze at the Santika nightclub also started on the ceiling above a stage, apparently sparked by an indoor fireworks display. Toxic smoke filled the venue as the entire club caught fire.