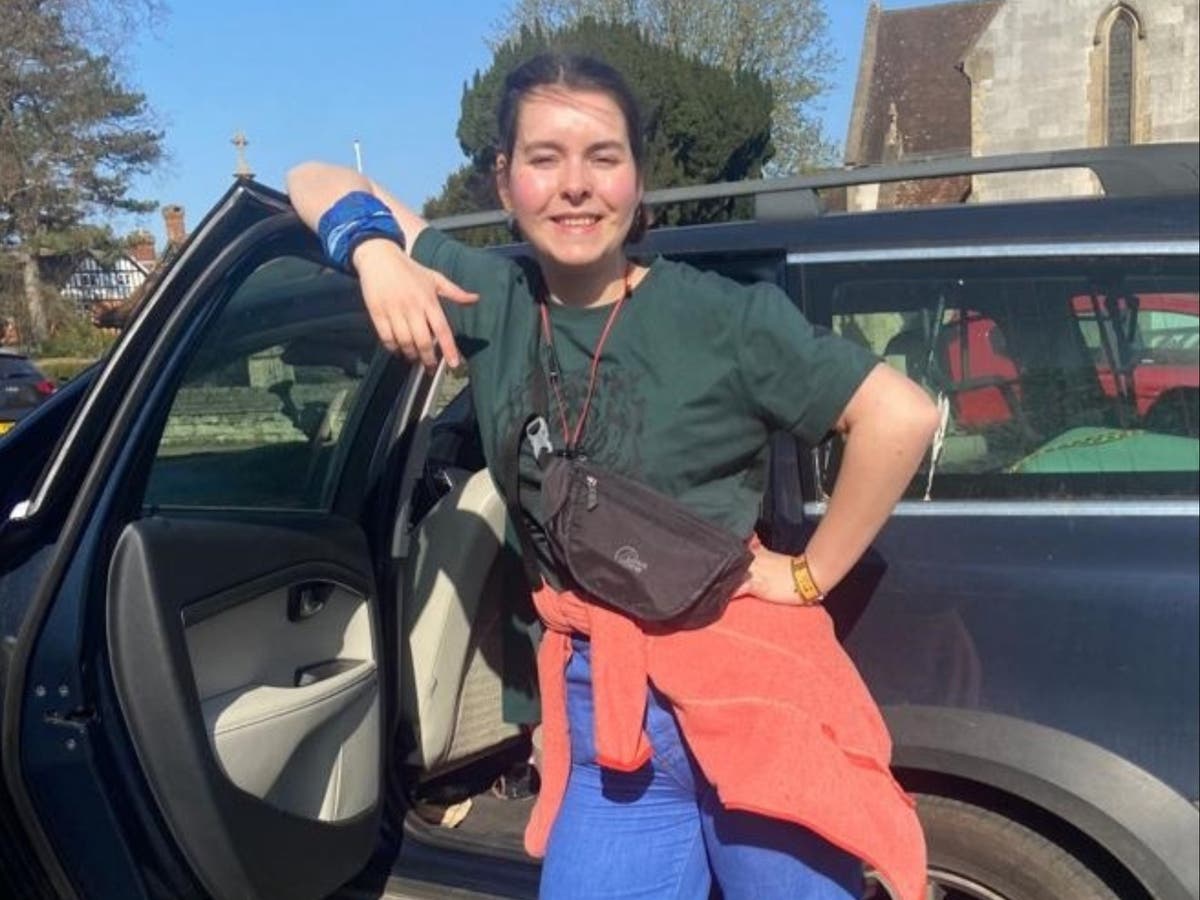 A British teenager was left partially paralyzed after a bison attacked her at a nature reserve in the United States, goring through her leg and throwing her up to 15 feet into the air.

Amelia Dean’s parents said it was a “miracle she’s alive” after she encountered North America’s largest mammal – which can weigh almost a ton – while hiking in South Dakota’s Custer State Park.

The 19-year-old, who was due to start studies at Edinburgh University in September, was only on the second day of a month-long US road trip when she was hospitalized and left with complex injuries as a result of the attack, which severed her femoral artery.

Ms. Dean and a friend were hiking with a dog on June 16 and were nearing the end of the trail when they encountered the large male bison, which she recalled was about 300 feet away when it suddenly attacked her.

With the teenager “shocked to a standstill,” the bison stopped right in front of her and the two stared for a few moments before it “rushed forward, gouging her in the left thigh with its horn and throwing her head from her heels 10 to 15 feet in the air,” according to her parents Matthew and Jacqueline Dean.

After hitting the ground, Ms. Dean found herself “trapped, unable to move her bleeding leg, with the bison swinging right at her, his legs next to her head,” where she remained for some time until her friend was able to drive the animal away, her parents wrote in a GoFundMe appeal.

“I remember feeling the pressure on my hip. My hip is being pushed back and I remember the feeling of being thrown in the air and going on my face,” Ms Dean said. local broadcaster KOTA-TV; from her hospital bed in Rapid City, where she has been for seven weeks.

“The bison got stuck and its hooves were right over my head… It’s a miracle I lived until the ambulance arrived, let alone kept my life and leg. It’s a pretty surreal experience let alone the fact that we didn’t do anything to really warrant it. We just took a walk in the park.”

As the bison’s horn pierced her leg, tore her femoral artery and severely damaged parts of her sciatic nerve, her parents said, adding: “She should have bled out in two to eight minutes after the cut artery and the ambulance did not arrive for 20 minutes. It’s a miracle he’s alive today.”

Hospital staff “did everything they could at this point, saving Mia’s life and leg,” but she “still suffers from severe nerve pain, numbness and hypersensitivity, paralysis and limited mobility below the knee, unable to walk without walking aids, and only manages about 20 yards,” they said.

Warning that “Mia will need at least one operation to have any chance of regaining full movement” – which her current hospital cannot carry out – her parents are appealing for financial help so that their daughter can be assessed by specialist neuropathologist. Mayo Clinic, which her insurance won’t cover.

“This could be Mia’s best chance to regain control of her leg and time is running out,” they said, adding that the initial tests alone cost around $8,000 (£6,500).

The couple, from Brockham in Surrey, said they “just wish she could walk and dance again and live her life to the fullest, without chronic pain”.

Their daughter said she hoped her accident would not discourage people from traveling, telling KOTA-TV: “Travel, explore and have fun. This is a horrible accident. That’s not going to happen every time someone walks into a park, I hope.”