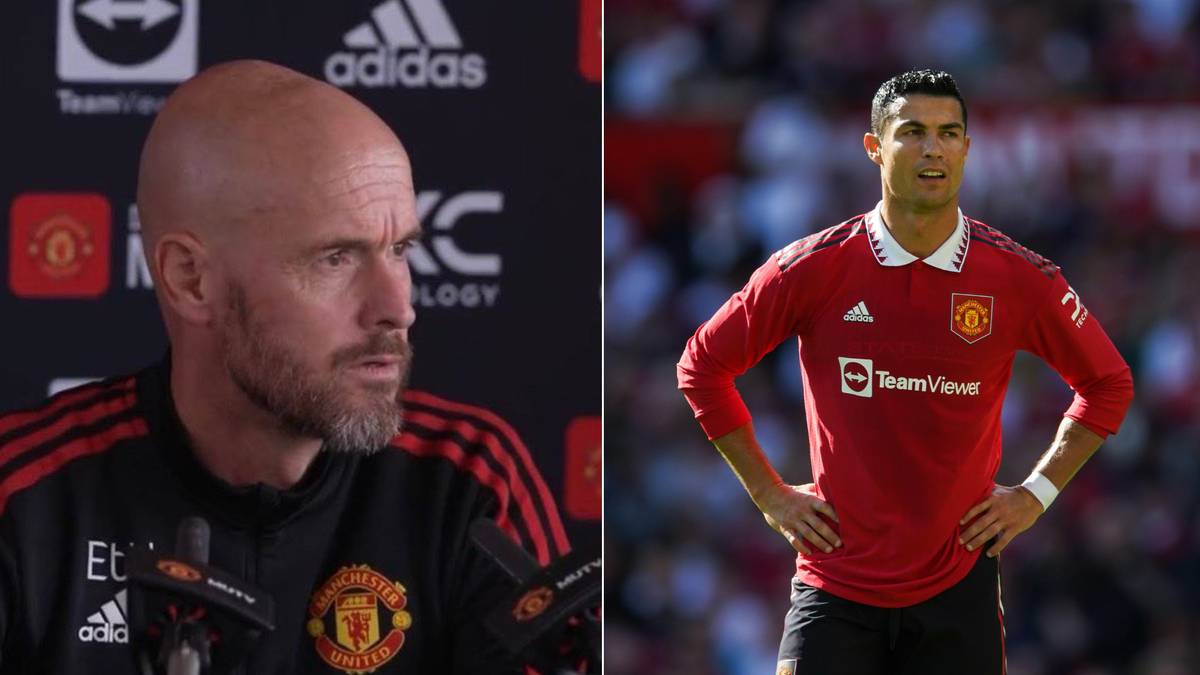 Erik ten Hag showed he’s not going to take anything for granted when he answered a question from reporters about Cristiano Ronaldo’s early exit from a game.

After just 45 minutes of action, having missed the tour of Australia for “personal reasons”, the five-time Ballon d’Or winner was sent off at half-time.

On Friday, Ten Haag took part in his first post-match press conference in England ahead of United’s opening game of the season against Brighton on Sunday.

The Dutchman was asked by PA’s Simon Peach about Ronaldo’s early exit and the manager’s comments on it, and the 52-year-old was not happy to only be asked about the Portugal forward.

He pointed at the reporter, telling him sternly, repeating that several players left the game, forcing Peach to reconsider how he asked the question.

It’s not the first time the English press has discovered that the former Ajax coach isn’t going to take anything he doesn’t like lying down.

Ten Haag first visited United at the end of last season, being at the ground to see them lose 1-0 on the final day of the campaign at Crystal Palace.

He, slightly ironically, left early to avoid too much focus, but a Sky Sports presenter spotted him and tried to get a word in.

Journalists aside, Ten Haag has already impressed United fans with his honest approach to his players, even the younger ones.

No one will want to cross the boss, be it players or journalists, considering how he is willing to deal with them!