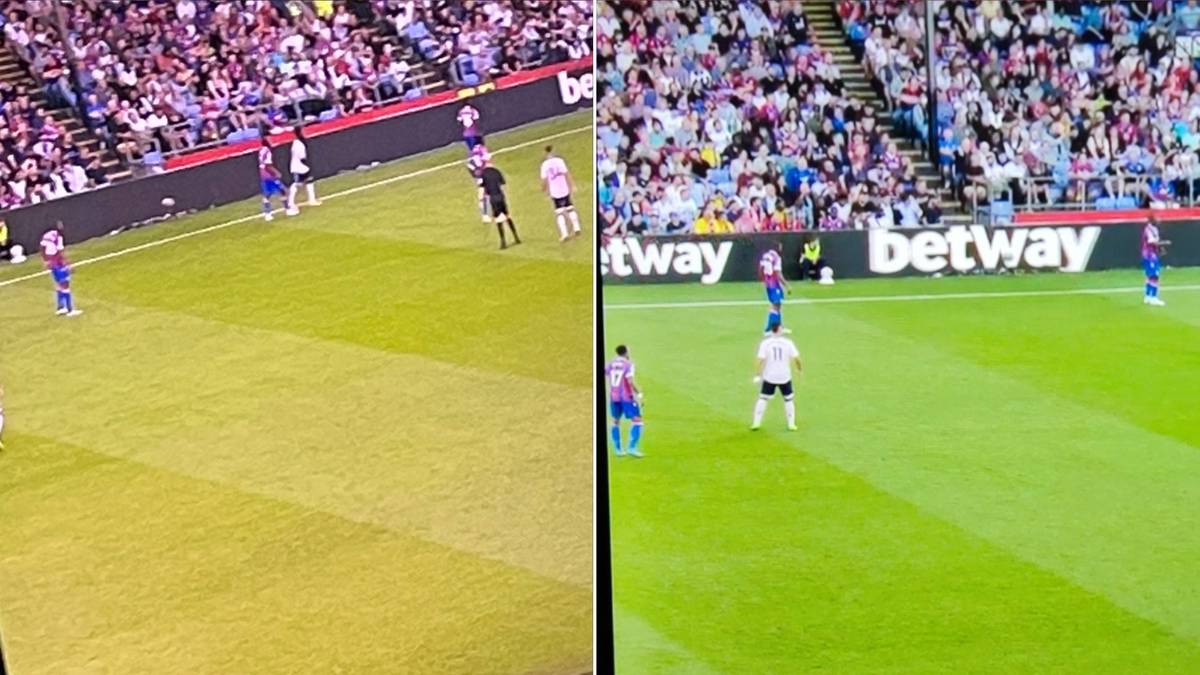 There was excitement in the air on Friday night as the Premier League finally (?) (it’s only a few weeks) back under way, with Palace hosting Arsenal at Selhurst Park.

There were some changes to be made on the pitch, with both teams fielding players making their debuts, either in the league or just for their clubs.

However, instead of the former Manchester City forward catching the eye of viewers, it was Sky’s new painting that had everyone talking.

In the top left corner of the screen, fans no longer saw the three letter acronym to tell them who was playing, but instead the two club crests.

You feel that changes to the Sky Sports scoreboard should be the sort of thing that requires public consultation and referendum.

WHAT THE HELL IS THIS LEADERBOARD GRAPHIC. BURN IN HELL

Linking to say the new Sky Sports scoreboard is a disgrace! this is not the super bowl please give me letters!! from her majesty’s alphabet!!

I gave it time and decided this scoreboard is shit. Everything is very compressed

The Sky Scoreboard OUT!

Sky probably chose the Gunners to open the season for two reasons, one being that their new Amazon Prime Video documentaries are all the rage.

But the main reason was probably that the north London side opened last season with a defeat to then newly promoted Brentford and the cameras were probably hoping for another upset, especially as Palace took four points last term.

Gabriel Martinelli had a great chance early on to end any of those discussions when he got on the end of a blocked shot by Jesus, but somehow it went wide.

Martinelli puts Arsenal ahead with a header! 🔥

It’s the first goal of the 2022/23 Premier League season! ⚽💥 pic.twitter.com/ALAUwge1ZQ

However, the 21-year-old rose to his feet soon after and gave the visitors the lead in the 20th minute, heading in a corner that was flicked into danger by Oleksandr Zinchenko, another debutant.

The home side managed to start building back in the first half but couldn’t get on the scoresheet, as bad as it is…