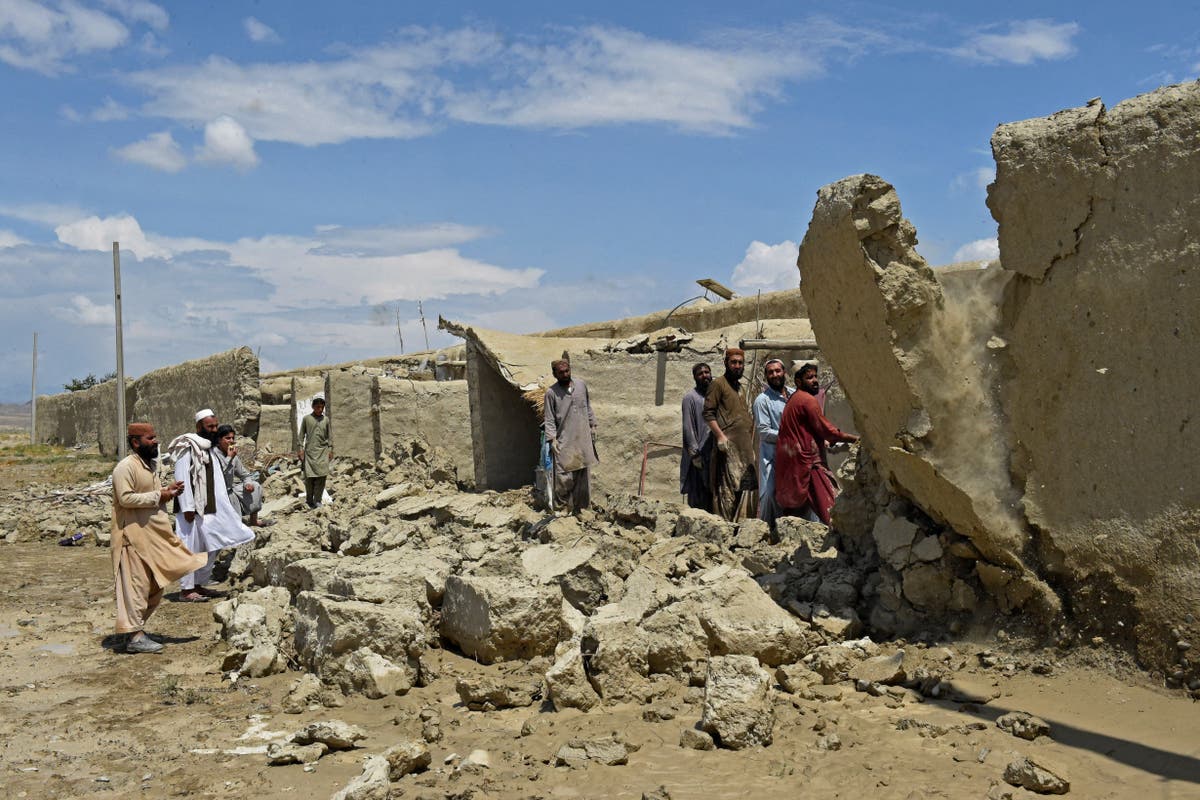 A series of flash floods have left a trail of destruction in one of Pakistan’s most vulnerable and impoverished regions, destroying lives and property.

Drone footage from the southwestern province of Balochistan shows just some of the thousands of homes destroyed as people scramble to save what’s left. Torrential rains and flash floods in recent weeks have killed at least 136 people and displaced thousands.

Dozens of people are missing, while thousands have been forced to live outdoors under extreme heat, raising concerns that the death toll could rise further.

Some of the worst-hit villages are just outside the provincial capital Quetta, but rescuers are having trouble reaching those in the interior of the mountainous region, which lacks proper connectivity.

The floods have swept away essential infrastructure such as hospitals, schools, bridges and roads, including those connecting these areas to Quetta and neighboring provinces.

The water in the area has receded but forecasters say more rain is expected in the coming weeks, leading to concerns of more damage in the area.

Drone footage and images captured by the international aid agency Islamic Relief show the rugged terrain littered with debris and mud. Mud houses have turned into ruins, while concrete structures have been gutted beyond recognition.

Residents of the area, most of whom live below the poverty line, have been left in a state of shock by the crisis and are scrambling to find basic relief materials.

While flash flooding is an annual occurrence in the region, this year’s flooding was more severe than normal. The impact of flash floods is often exacerbated by inadequate infrastructure and flimsy houses built of mud and stones.

As in the case of floods in Bangladesh and parts of northeastern India earlier this year, the human-caused climate crisis has played a role in worsening the floods in Balochistan by making rainfall heavier and more erratic.

Victims say they haven’t seen anything like it in decades after massive rainfall inundated their village in just hours, with flash floods sweeping away homes and leaving them scrambling to secure what’s left of their homes. their possessions.

“Our area has been affected by water scarcity and less rainfall and now it has rained for four hours and washed away everything, even our hopes,” said octogenarian farmer Abdul Qadir.

“Rain is usually a relief in our area, but this was scary,” a resident named Naseeb Ullah, whose house was reduced to rubble, told Islamic Relief.

“In the last 100 years, I don’t remember seeing such downpour in Panjpai,” said 105-year-old Khan Bibi, the oldest resident of Mian Khanzai village.

The organization helping these victims says most people were forced to evacuate their homes without food or basic items. Now, they face the challenge of rebuilding their homes even though more rains are expected soon.

Many residents spend their nights in the open as they are homeless. But after the rains, temperatures usually rise, posing the problem of heat to the vulnerable population.

The sparsely populated area usually receives heavy rainfall for long periods of the monsoon. However, according to the World Weather Attribution, climate change has likely made flooding and extreme rain more frequent in some locations.

“With more flooding expected to hit Pakistan in the coming days, some of the most vulnerable communities will be affected,” said Tufail Hussain, director of Islamic Relief UK.

“This is a race against time to help people who have lost their homes and livelihoods.”