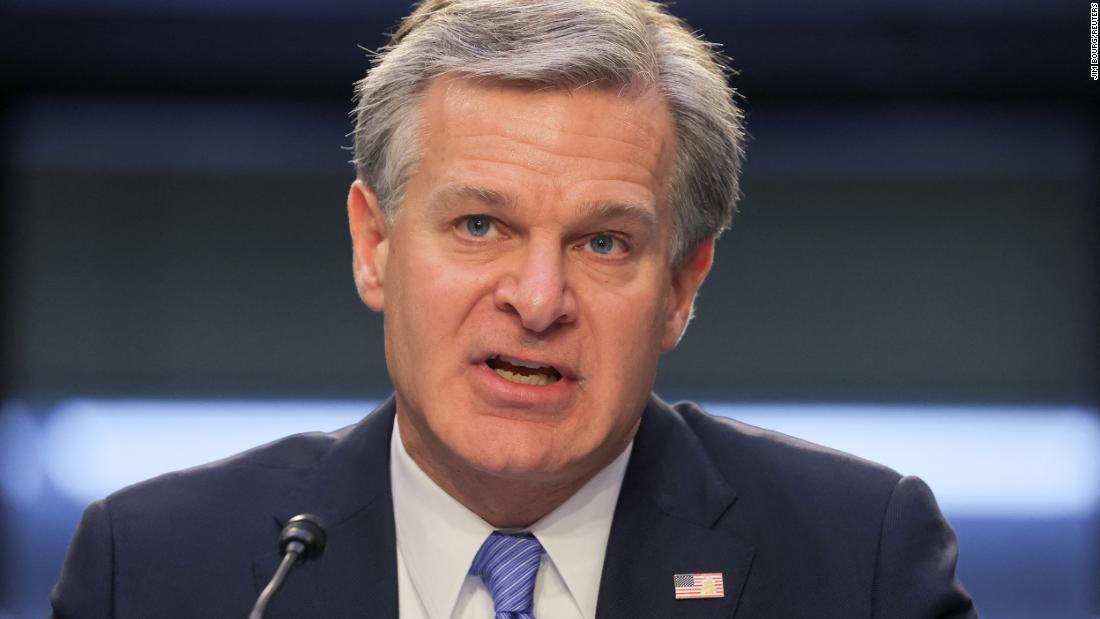 During a Senate Judiciary Committee hearing, Republican Sen. Lindsey Graham asked Wray, “Are you worried about an attack on the homeland coming from places like Afghanistan?”

“We are,” Ray replied. “Especially now that we’re out, I’m concerned about the potential loss of sources and gathering (information) over there.”

The FBI director added that he is concerned that terrorists in the US could be inspired by the possible growth of terrorist organizations in Afghanistan. “I worry about the possibility that we will see al-Qaeda regroup, ISIS-K possibly taking advantage of the deteriorating security environment, and I worry that terrorists, including here in the United States, are inspired by what they see. there,” said Ray.
His comments come days after the US killed al Qaeda leader Ayman al-Zawahiri in Afghanistan in a drone strike. Announcing the operation, President Joe Biden said Monday: “I have promised the American people that we would continue to conduct effective counterterrorism operations in Afghanistan and beyond. We have done just that.”

Biden pledged that Zawahiri “will never again allow Afghanistan to become a safe haven for terrorists, because he’s gone and we’re going to make sure nothing else happens.”

But when asked Thursday if he was surprised that Zawahiri was living in Afghanistan, Wray said he was “not surprised, but disappointed.”

Wray’s comments echo a “global alert” issued by the State Department earlier this week following Zawahiri’s death. “The State Department believes there is a greater likelihood of anti-American violence given the death of Ayman al-Zawahiri on July 31, 2022,” the statement said.

“Current information suggests that terrorist organizations continue to plan terrorist attacks against US interests in many areas around the world,” he described.

“These attacks may use a wide variety of tactics, including suicide operations, assassinations, kidnappings, hijackings and bombings.”