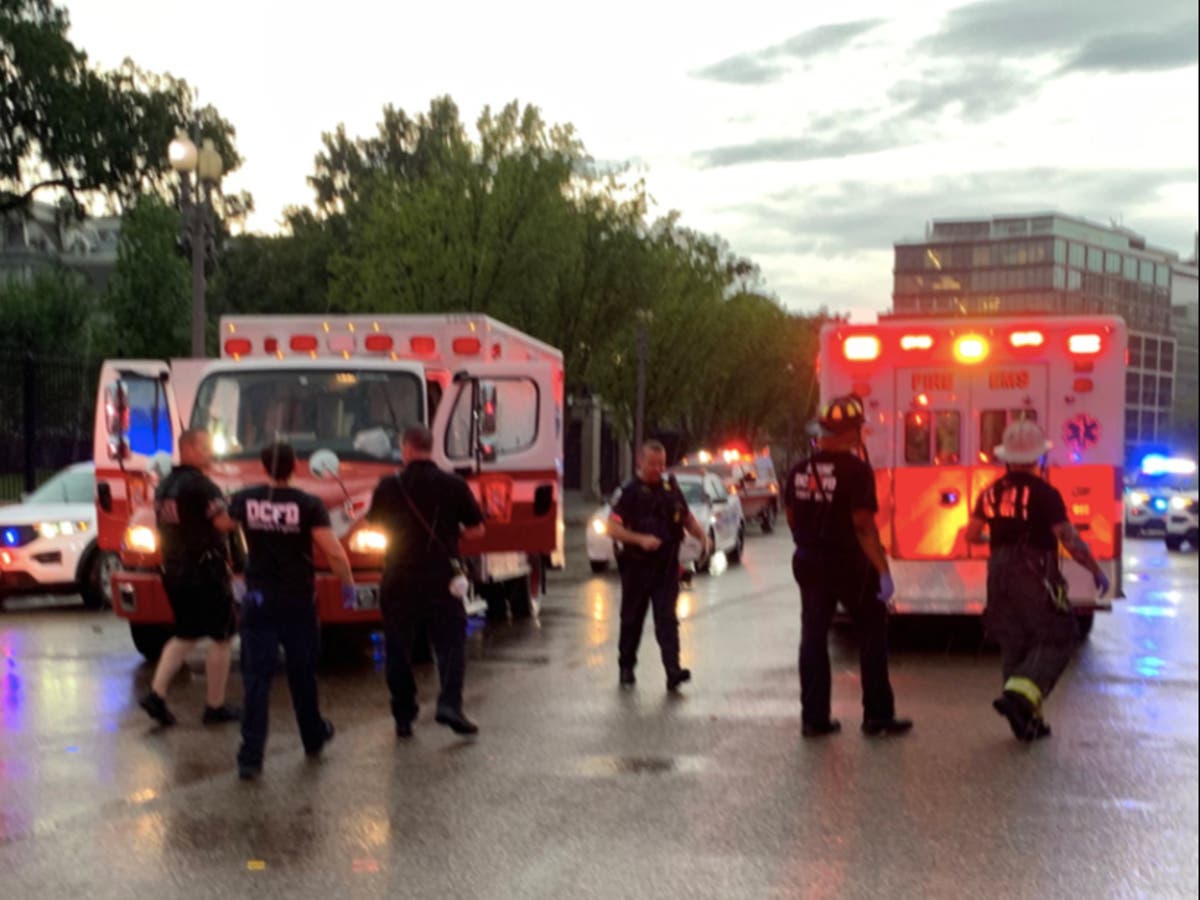 Four people were treated for life-threatening injuries Thursday afternoon after being struck by lightning near Lafayette Square, just north of the White House in Washington, DC.

Fire officials said the two men and two women were found shortly before 7 p.m. in the center of the park. Fire department spokesman Vito Maggiolo said they were found in a grove of trees about 100 feet southeast of the Andrew Jackson statue.

Mr Maggiola said they were still investigating why the four people were in the park at the time.

“Trees are not safe places,” Mr Maggiolo said. “Whoever goes to seek shelter under a tree, it is a very dangerous place.”

Their current health status is unclear.

Mr. Maggiolo said officials from the uniform division of the Secret Service and the park police were immediately on the scene to help the four people.

A powerful storm hit the DC area around 7pm on Thursday.

The National Weather Service had issued a severe thunderstorm warning for much of the Beltway between 6:30 and 7:15 p.m.

On average, lightning kills 23 people in the United States in a year, and this year alone, lightning has caused nine deaths.