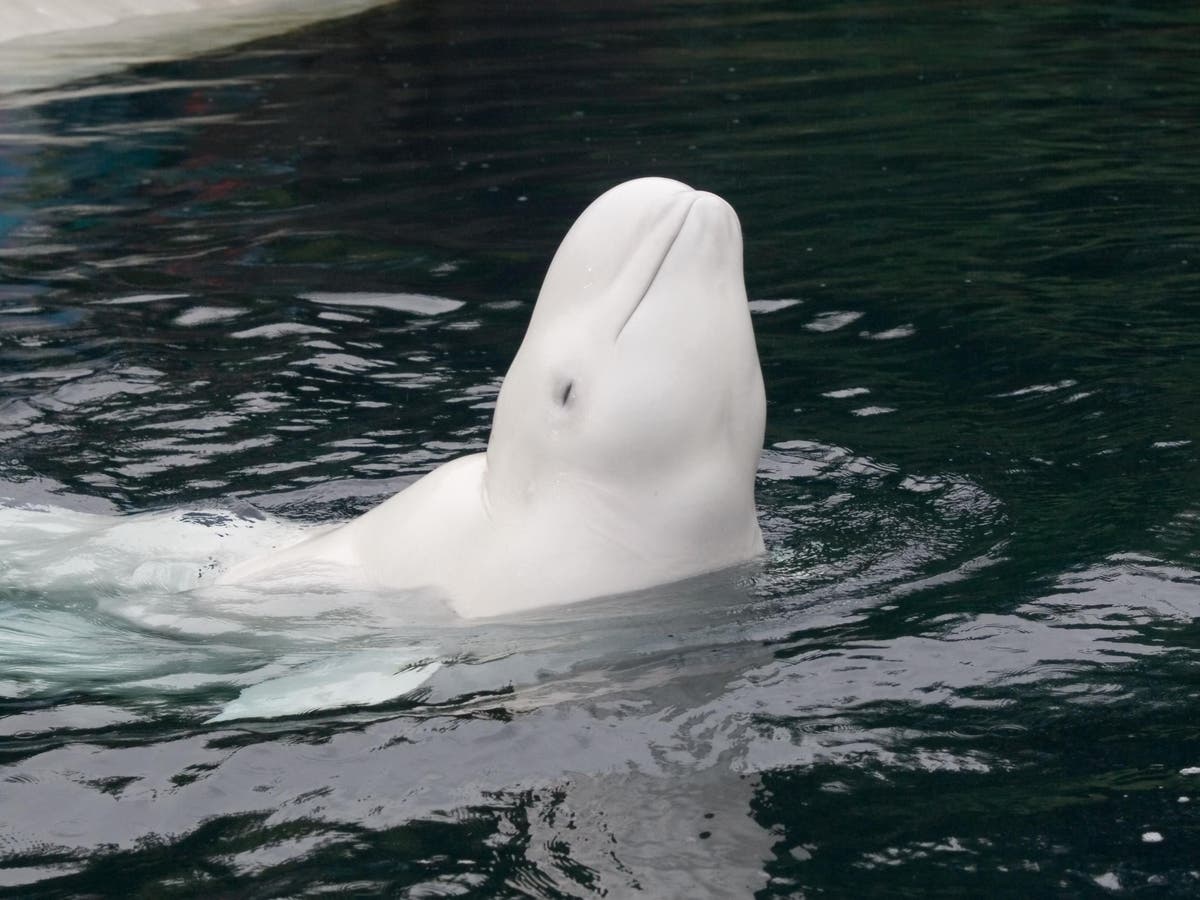 Environmentalists in France are planning a rescue mission for an underweight beluga whale discovered swimming in the Seine River.

Rescuers are tracking the beluga with two drones after it was spotted in the river at Saint-Pierre-la-Garenne, 50 miles northwest of Paris, on Wednesday.

The whale barely moved on Thursday as it calmly passed between two locks in the river, Eure department official Isabelle Dorliat-Pouzet said.

Drone footage showed the beluga whale swimming slowly, its white silhouette just below the waterline, coming up to breathe.

It is not known why the animal has drifted so far from its natural habitat in colder Arctic waters, beyond the port of Rouen and dozens of miles down a busy waterway to the French capital.

Members of the public are asked to keep away from the animal, which appears to be underweight,

“The challenge now will be to help feed it and try to escort it to the ocean,” said Lamya Essemlali, head of environmental group Sea Shepherd France.

He said taking the beluga out of the water was out of the question as that would be dangerous for it.

All-white belugas usually live in the Arctic and sub-Arctic oceans, although they sometimes drift into more southerly waters and estuaries and can temporarily survive in fresh water.

French firefighters in charge of monitoring the Seine whale said their first priority was to assess its health before considering whether or not to intervene.

In late May, a critically ill orca that broke free from its pod and swam dozens of miles up the Seine died of natural causes after efforts to guide it back to sea failed.

A month later, another whale, believed to be a 10-meter (33 ft) long Minke whale, was spotted in the Seine.

In September 2018, a beluga whale was spotted in the River Thames near Gravesend for a few days, in what was then the most southerly sighting of a beluga on the British coast.