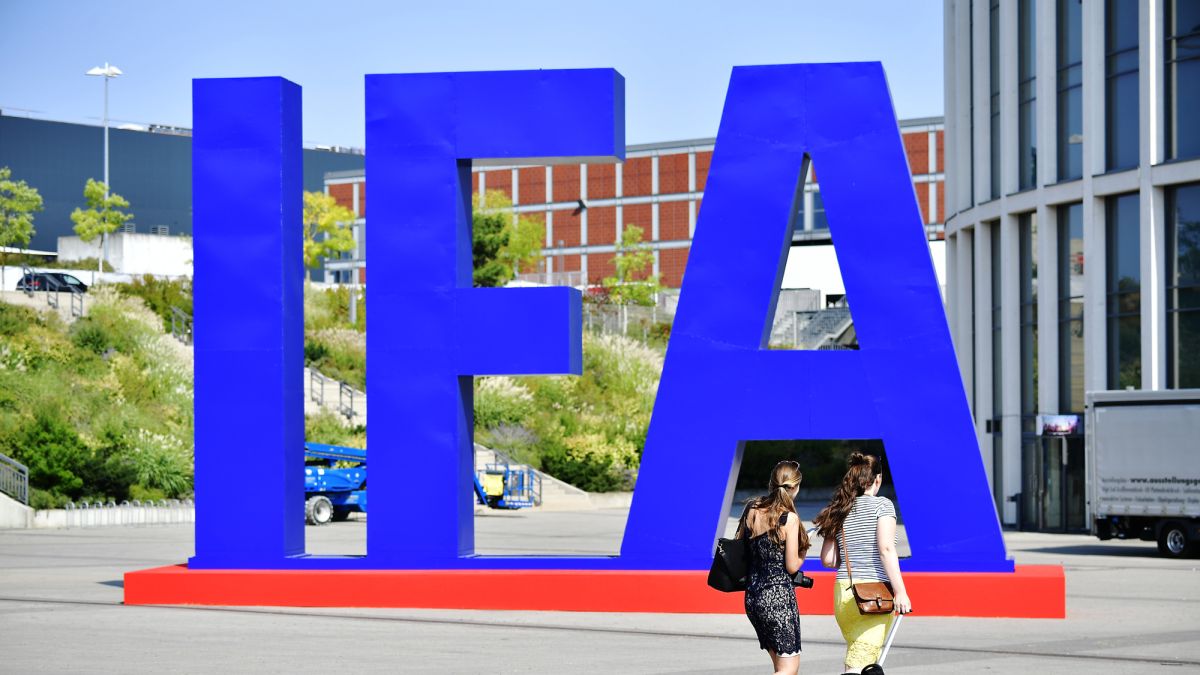 IFA 2022 will see the return of Europe’s largest consumer electronics trade show and will take place between September 2 and 6 in Berlin, Germany.

Due to the Covid-19 pandemic, last year’s event was canceled and the previous year, attendance was severely reduced,

So the news that IFA 2022 will once again be an in-person event will be welcome to anyone who wants to see the technology some of the world’s biggest companies are working on.

We should see some big announcements from the likes of LG and Samsung, as well as appearances from Lenovo, Huawei and more.

However, there is one big name that seems to be absent from this year: Sony. We haven’t heard anything about its plans, and considering how dominant the Japanese company is in TV, audio and entertainment, it’s surprising that it wouldn’t have a presence at this year’s event, despite previous IFAs.

We’ve reached out to Sony to find out their plans, and until then, read one to find out what we’re up to I am doing they know who is attending and what they are showing.

We’ll also be attending the event and bringing you the latest news, releases and hands-on reviews when the show kicks off on September 2nd.

Samsung is one of the largest technology companies in the world, with a huge range of products. While it usually leaves its biggest announcements, especially when it comes to smartphones, for its own “Unpacked” events, it often shows off its TVs, audio and home appliances at IFA.

Despite not attending last year and instead hosting its ‘Life Unstoppable’ event at the same time, Samsung looks set to return to IFA 2022.

At the moment we don’t know much about what Samsung is likely to unveil this year, but rumors are swirling that we could see a slew of new SmartThings products, which is Samsung’s IoT (Internet of Things) platform for smart fridges, washing machines and more.

Hopefully, we might get some new micro-LED TVs from Samsung as well, as well as PC accessories.

LG usually has a big presence at IFA, and while the days of the company showing off its smartphones are long gone, it has a huge range of devices that it will likely want to show off at this year’s event.

Again, we haven’t heard any specific rumors about what LG will be bringing to IFA 2022, but we expect to see some great new TVs, projectors and devices.

TCL is known for its affordable TVs that drastically undercut the competition on price, especially during events like Black Friday. TCL has announced that it will be at IFA 2022, and it’s going to be big, with a global press conference on September 1st and then a huge expo for the rest of the week with “an expansive TCL booth spanning over 2,500 square meters.”

According to TCL, it will showcase “the latest displays, soundbars and smart wearables, along with a full line of smart home devices and a variety of new television prototypes.”

It certainly sounds exciting and we can’t wait to see what they have in store.

Huawei’s issues with the US and its companies continue to stir, but it is still committed to IFA 2022.

The Chinese company has had a big presence at IFA in recent years, even using the event to announce a new smartphone.

While we’re not sure what Huawei has in store for IFA 2022, it’s likely to showcase its mobile devices, along with its growing notebook and networking product lines.

Honor, once a sub-brand of Huawei but now a force to be reckoned with in its own right, will be at IFA 2022,

It has already been announced that he will deliver a keynote address at 5 p.m. CEST / 11 am ET / 4 p.m. BST on September 2, and we’ll likely see smartphones, laptops, tablets, headphones, and more from the company.

Philips, and its parent company TP Vision, will once again be a big presence at IFA 2022, and we expect to see new TV and audio devices, as well as cookware and perhaps even more Hue products with smart home lighting.

Once again, the opening keynote for IFA 2022 will be from Qualcomm chairman Cristiano Amon. He also spoke at last year’s keynote, and while Qualcomm may not be the most recognizable name, it’s a company that has products that power many of your devices, especially smartphones and tablets.

Amon hinted that his keynote will talk about 5G, artificial intelligence and the “smart edge” – whatever that is.

We may also see new laptops powered by Qualcomm’s Snapdragon chipset (rather than more common processors from Intel and AMD). Of all the companies at IFA 2022, Qualcomm could be the one to give us the biggest insight into the future of technology.

Garmin is expected to appear at IFA and could use the big tech event to show off more new products.

The company specializes in fitness trackers, so there’s a good chance we’ll see some new and improved devices to help us track our fitness levels while we work out.