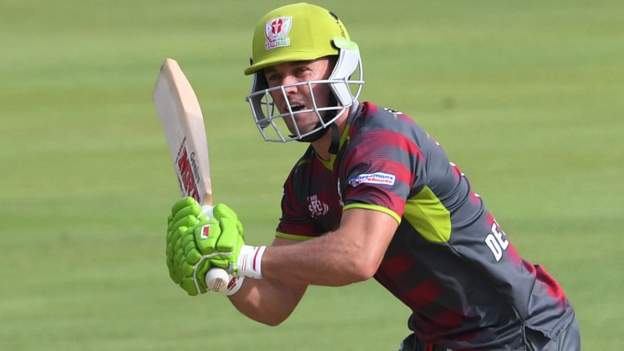 After three unsuccessful attempts to stage a world-class T20 competition, Cricket South Africa (CSA) is confident its new competition will become second in stature only to the Indian Premier League (IPL).

The organisation’s hopes were boosted by the fact that the six new teams to play in the league were all bought by groups that own franchises in the IPL.

This should open an avenue into the lucrative Indian market – although the fortunes of the South African international side may be affected by the new tournament, which is scheduled to begin in January next year.

Competing with the IPL and Australia’s Big Bash League, CSA chairman Lawson Naidoo believes the combination of experience and influence provided by their new partners has the potential to take South African cricket to new heights.

“We see this as a huge vote of confidence in the league from the quality of team owners we have been able to attract,” Naidoo told BBC Sport Africa.

“All of them have a long association with T20 cricket and understand how to achieve a championship like this.

“It shows that it was the right decision by the CSA to create this league and with the right partners, which we believe we have on board, this will be something that will change the face of South African cricket in the years to come.

“This is an opportunity for us to create the second best T20 league in the world. Given the partners we have, we will obviously benefit from the experience they bring from the IPL.”

South African cricket has had its fair share of off-field problems in recent years, but the CSA said the yet-to-be-named new tournament attracted bids from 29 entities around the world before confirming the six franchise owners last month.

Reliance Industries, owner of Mumbai Indians, will have a team based at Cape Town’s picturesque Newlands Cricket Ground, while the owners of Chennai Super Kings have won the rights to a team based at South Africa’s largest cricket ground, the Wanderers Stadium in Johannesburg.

The respective owners of Delhi Capitals will have a team in Centurion, Lucknow Super Giants in Durban, Sunrisers Hyderabad in Gqeberha (formerly Port Elizabeth) and Rajasthan Royals in Paarl, 40km east of Cape Town.

Graeme Smith, the former South African captain who has been appointed tournament commissioner, says the new league offers a “really exciting time” for the game in the country.

“The overwhelming interest shows that the country is still valued in the global cricket ecosystem,” he added.

In 2017, CSA’s attempt to launch the Global League T20, which also had IPL owners but no confirmed broadcaster, was thwarted before the relegated Mzansi Super League – effectively handed over to the national broadcaster for free in 2018 and 2019 – got a stay only two seasons.

This time there is a firm broadcast deal with innovative South African-based subscription channel SuperSport, which has secured a 30% share of the tournament as well as television rights.

CSA, with 57.5%, is the majority shareholder in the new controlling entity known as Africa Cricket Development (ACD). The other partners include former IPL founder COO Sundar Raman as well as the six new franchise owners.

Smith, who did not reapply for the CSA director of cricket post when his two-year contract expired in March, has been at loggerheads with the governing body after facing allegations of racism stemming from the Social Justice and Nation Building (SJN) hearings;

The former Proteas captain was he was cleared of all three charges a month later by an independent arbitration panel.

Credited with persuading India to go ahead with their tour of South Africa last December and January amid concerns over the Covid-19 pandemic, the 41-year-old was appointed because of his global standing in the world of cricket.

“I am deeply committed to South African cricket and I am happy to serve the game to the best of my ability,” Smith said.

Smith believes the T20 league will be “a highly competitive product” that will bring much-needed investment and provide new opportunities for domestic talent and foreign players.

Such is the premium CSA has placed on making their new venture a success that they have risked their men’s national team’s participation in the 50-over World Cup in India.

Proteas is competing in the 11th place of the Super League withdrew from the three One-Day Internationals (ODIs) is scheduled for Australia on January 12 and 17 next year – forfeiting all 30 points on offer.

This was done to ensure that all local players are available for the new league.

This series was originally scheduled to take place in 2020, but due to the pandemic it was rearranged to follow the three-Test series, which is scheduled to end in Sydney on 8 January 2023.

“We have put forward various options to reschedule these matches, essentially bringing them forward so that we can leave Australia immediately after the Sydney Test,” Naidoo said.

“That didn’t work because it wasn’t right for Australia.

“We were faced with the choice of continuing with these ODIs or starting the new T20 league without our top players. It is important that we have all our best players available for the tournament to ensure it starts on a strong footing.

“Obviously it’s not an ideal situation and it’s a difficult decision we’ve had to make. We have discussed it and the position we have taken is that this is in the long-term interests of SA cricket.

“We need to build a strong domestic league to be able to generate new revenue streams to ensure financial viability.”

South Africa face the real prospect of missing out on automatic World Cup qualification reserved for the top seven in the Super League table plus hosts India.

If they finish outside the top eight, the Proteas will have to book their ticket to the tournament through a top-two finish in next year’s qualifiers which could include the West Indies, Sri Lanka as well as Ireland, the Netherlands and the hosts Zimbabwe.