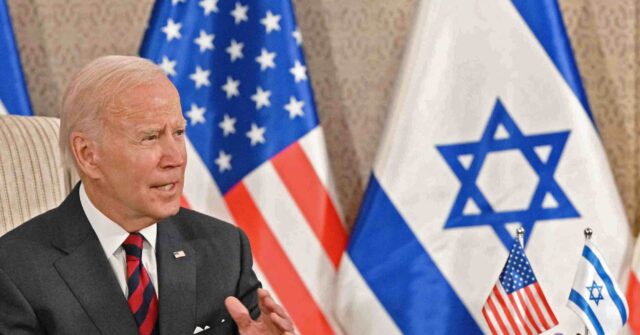 US Ambassador to Israel Thomas R. Nides supported Israel’s “right to defend itself” on Friday after Palestinian Islamic Jihad (PIJ), an Iran-backed terror group in Gaza, fired more than 100 rockets at Israeli cities earlier in the day.

“The United States strongly believes that Israel has the right to protect itself. We are working with different parties and urge all sides for calm,” Ambassador Nides wrote in a statement on Twitter on August 5.

The United States strongly believes that Israel has the right to protect itself. We work with different parties and call on all sides for calm.

PIJ claimed responsibility on August 5 for firing more than 100 rockets hit cities in southern and central Israel that day, the Times of Israel mentionted. A spokesman for the terror group claimed the action was “just the beginning” of PIJ’s response to an Israeli military airstrike that he was killed its commander, Tayseer al-Jabari, in Gaza earlier on August 5.

The Israel Defense Forces (IDF) ordered a targeted airstrike on a Gaza apartment on Friday that killed Al-Jabari. The IDF authorized the airstrike after Israeli intelligence learned that Al-Jabari was “involved in planning major attacks against Israel, including the use of anti-tank missiles.” Jerusalem Post mentionted on the 5th of August.

“The IDF said it had gathered information about Jabari’s plans several weeks ago,” according to the newspaper.

The combined intelligence gathering and airstrike was part of an IDF military operation called “Breaking Dawn,” which seeks to prevent the PIJ from carrying out terrorist attacks on Israeli targets.

Al-Jabari was in charge of PIJ’s missile arsenal and served as the terrorist group’s main coordinator with Hamas. Both PIJ and Hamas are Iranian-backed terrorist organizations that openly seek the violent destruction of the State of Israel.

Hamas was issued a statement on August 5 in which the terrorist group said it was mourning the death of Al-Jabari.

“[T]The blood of our people and the resistance is not being shed in vain,” the statement said.

PIJ leader Ziad al-Nakhalahon declared “war” on Israel on Friday in retaliation for the IDF airstrike that killed Al-Jabari.

“We are going into battle and there is no truce after this airstrike. The results of this war will be in favor of the Palestinian people. The enemy should expect a battle, not a truce,” said Al-Nakhalah.

Israel was preparation for further rocket attacks by the PIJ late Friday. The IDF’s Iron Dome anti-missile system was protecting Israeli cities, mainly in the south of the country, from the PIJ’s missile barrage earlier on August 5.

Israel’s army radio said the missiles fired into Israel by PIJ on Friday were less advanced models than those developed by Hamas during Iran’s last proxy war with Israel in May 2021.