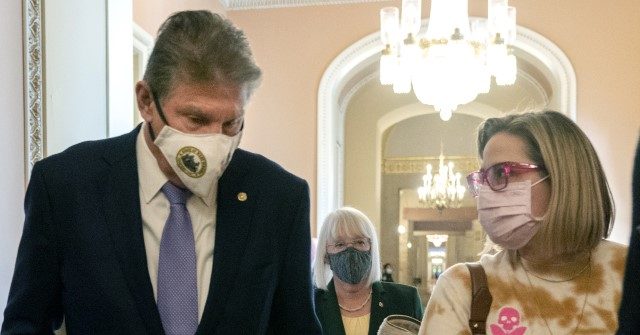 Senate Democrats have reached an agreement with Sen. Krysten Sinema (D-AZ) to “move forward” with the Democrats’ $740 billion reconciliation bill, according to a statement from Sinema released Thursday night.

Sinema held off on supporting the Inflation Reduction Act until today after facing pressure from Democrats who will need every vote to pass the bill, given the Senate is evenly split.

Senate Democrats made several changes to the bill to secure Cinema’s support. But the Arizona senator said her vote is contingent on the approval of her Senate counterpart, who ensures the text of the bill meets reconciliation requirements.

“We agreed to repeal the carried interest tax provision, protect advanced manufacturing and strengthen the clean energy economy in the Senate budget reconciliation legislation. Subject to the MP’s criticism, I will proceed,” Sinema he said.

Although the reconciliation bill is titled the Inflation Reduction Act, the Penn Wharton Budget Model found that the bill’s impact on inflation is “statistically indistinguishable from zero.”

Senate Democratic Leader Chuck Schumer (D-NY) said the Senate will vote on a motion to move forward with the bill on Saturday, bringing the bill to the Senate floor.