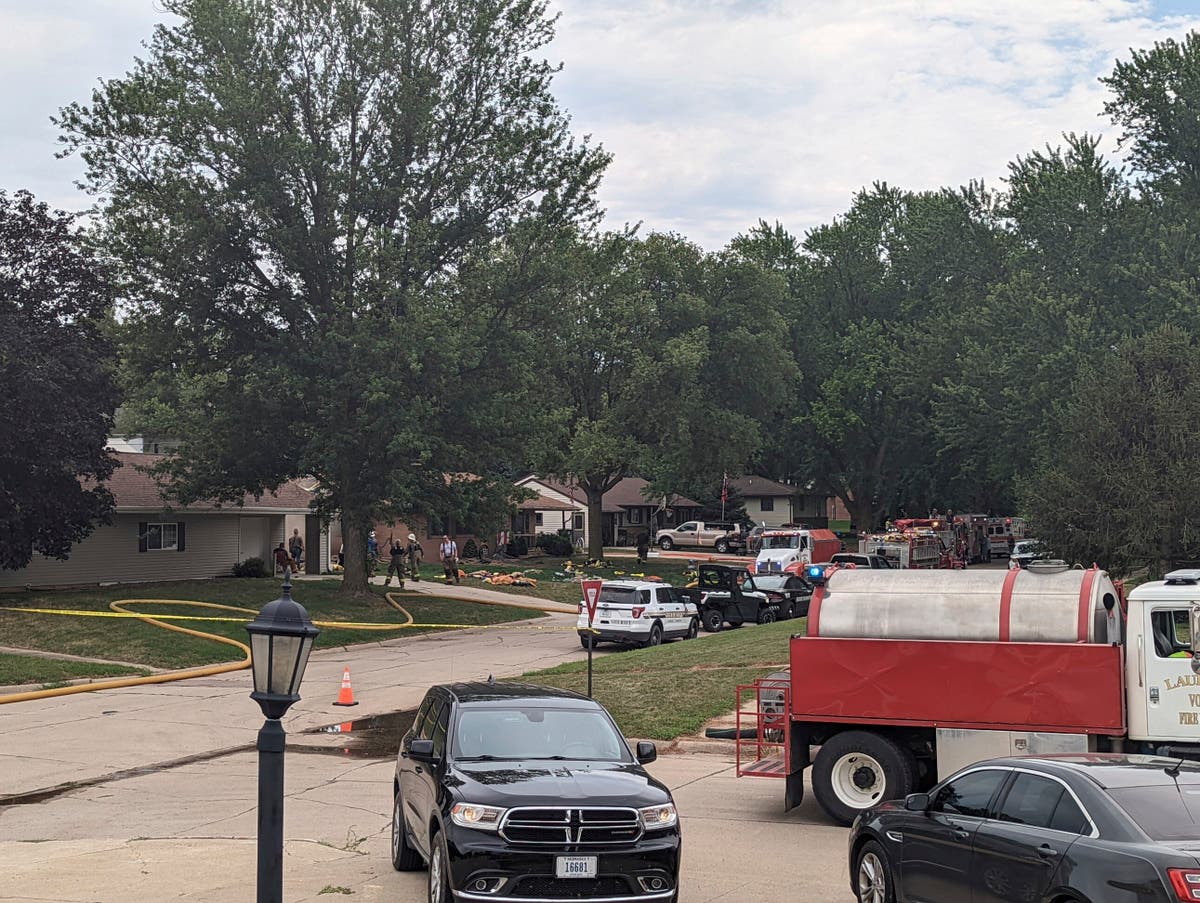 A neighbor who suffered severe burns has been arrested in connection with the murders of four residents of a small Nebraska town.

The Nebraska State Patrol announced at a news conference that Jason Jones, 42, was taken into custody after a SWAT team raided his home on Elm St, Laurel, shortly after 2:30 a.m. Friday.

Ms. Ebling lived directly across the street from the suspect, police said.

“I want to acknowledge the unspeakable that this community is experiencing right now,” state police Col. John Bolduc said at a news conference at the Laurel Fire Station Friday morning. “And that will be compounded by the betrayal of trust that they will feel because a member of the community here has allegedly committed this crime.”

Authorities were called after an explosion rocked the 500 block of Elm St in Laurel, about 100 miles (160 kilometers) northwest of Omaha, shortly after 3 a.m. Thursday. Fire crews found Ms Ebling’s body inside the home.

While on scene, law enforcement received reports of a fire at another home three blocks away on Elm St.

There they found three members of the Twiford family dead.

Investigators said they picked up “physical evidence” at one of the crime scenes that led them to Jones, 42, who lives across the street from one of the fires.

A SWAT team from the Nebraska State Police entered his home in the 200 block of Elm St.

“When he was arrested, he was found to have severe burns over much of his body, so he was airlifted to a hospital in Lincoln. He is believed to be in a serious condition,” Mr Bolduc told the news conference.

Mr. Jones was taken to St. John’s Medical Center. Elizabeth in Lincoln for treatment and is in hospital custody. He has not yet been charged.

Police believe the two fires started at the same time and that gunfire was involved in the deaths, KETV mentionted.