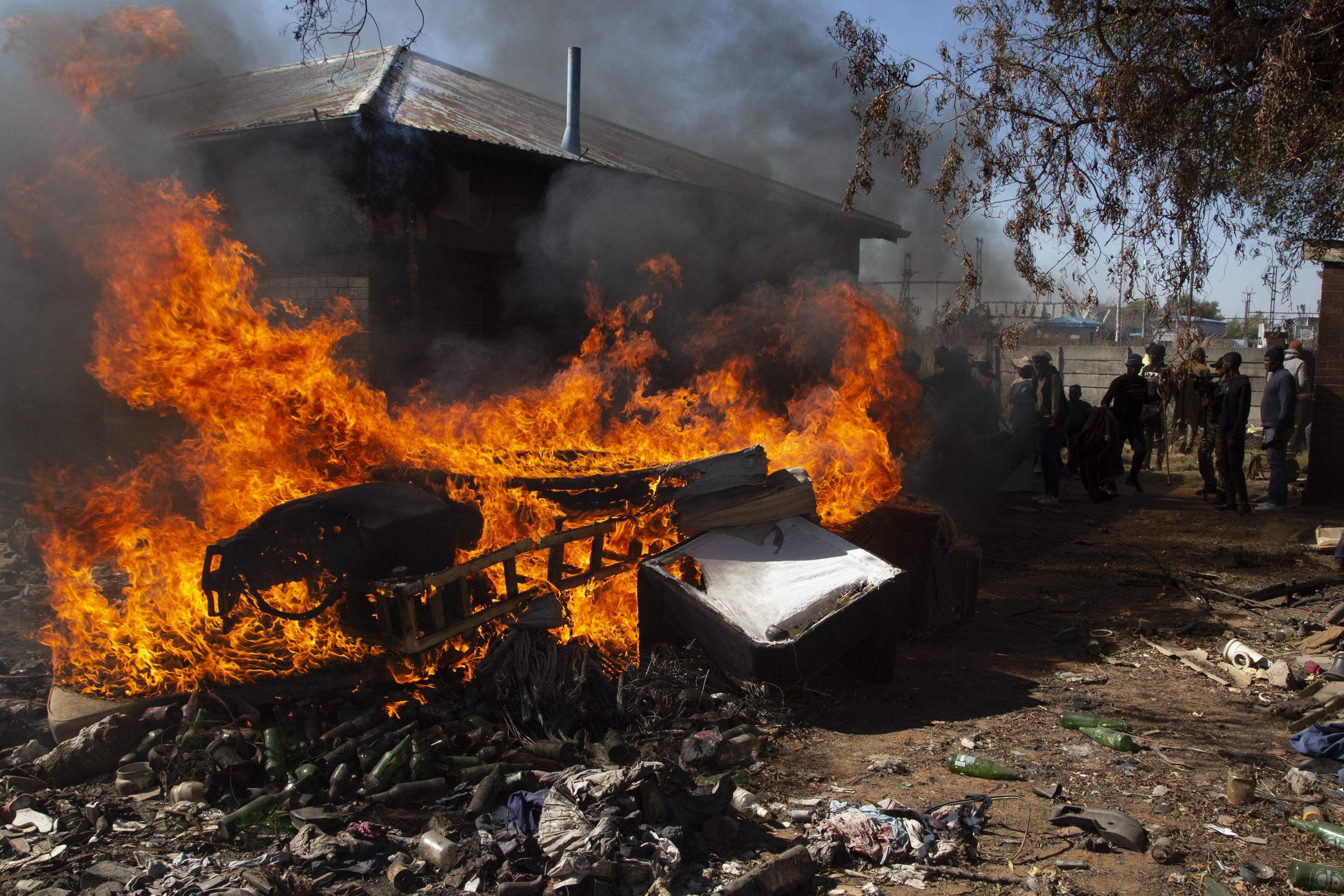 JOHANNESBURG (AP) — Violence against illegal miners in South Africa spread Friday despite calls for restraint from the country’s president after more than 80 men, some believed to be miners, were arrested for gang-raping eight women last week. .

Miners’ camps were set on fire and roads around Munsieville and Bekkersdal townships outside the town of Krugersdorp, west of Johannesburg, were blocked with stones and burnt tires as residents protested the presence of illegal miners. Many of the miners are immigrants from other African countries and the violence has raised concerns of xenophobia.

Police said eight women were raped on July 28 when a TV crew filming a music video at a mine dump in the town of West Village near Krugersdorp was attacked by heavily armed men, some believed to be illegal miners. Police said they were investigating 32 cases of rape.

Locals enraged by the incident burned illegal mining camps in the neighboring town of Kagiso on Thursday and attacked miners whom they stripped and beat before handing them over to police.

“We must distinguish between legitimate protest and criminality, addressing the concerns and grievances of communities while acting to prevent loss of life and destruction of property,” he said.

“We all understand the public outrage in Kagiso sparked by the gang-rape of eight young women last week and we all deeply and sincerely share the pain of the victims, their families and neighboring communities,” Ramaphosa added.

“Unfortunately, because some of the illegal miners would be undocumented immigrants, this has created an element of xenophobic politics where people are saying that all illegal immigrants should go and all foreigners should leave the country,” the spokesperson said. Kopanang Africa, Dale McKinley.

He said some people take advantage of the community’s legitimate concerns to advance their own agendas.

“When the protests started, we started to see political formations that have clear xenophobic policies taking advantage and making irresponsible and immature statements for their own purposes,” he said.

Researcher and analyst Ziyanda Stuurman told The Associated Press that communities’ frustration with worsening policing and living conditions contributed to their anger.

“People are living in incredibly difficult economic conditions and they feel desperately insecure, and an issue like this ignites those feelings that have been there for a long time,” Stuurman said.

He likened the situation to social unrest and riots in South Africa last July, where more than 400 people died in KwaZulu-Natal and Gauteng provinces.

South Africa’s national police commissioner and other senior government officials are expected to hold major community meetings in Kagiso and Krugersdorp over the weekend to discuss illegal mining and crime in the area.