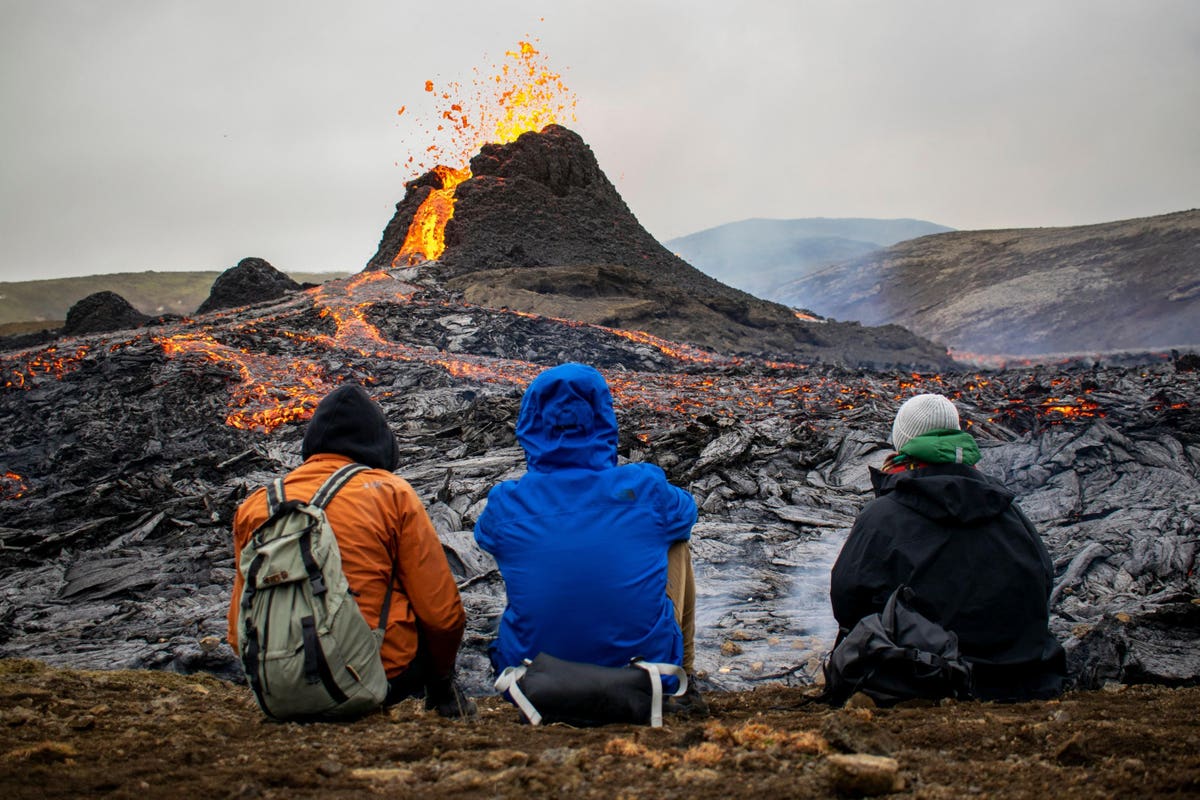 The Earth is erupting in fountains and dripping rivers of glowing lava again outside Reykjavík in a place called Meradalir, and onlookers are taking risks to see a sight they may not even fully understand.

The the fissure eruption appeared on Wednesday in an empty valley not far from the Mount Fagradalsfjall volcano that spent six months erupting in 2021. That eruption was the first on Iceland’s Reykjanes Peninsula in eight centuries — now a more powerful eruption is underway nearby.

The fissure is about three football fields long and about five to ten times larger in terms of magma flow.

The relatively rare sight draws people from Reykjavik, other parts of the country and elsewhere to snap some unique shots for social media, but it’s a risky proposition.

While a volcanic eruption may seem relatively consistent and predictable from second to second, in reality it is anything but. The fact that this peninsula lay dormant above the surface for almost a millennium and suddenly came back to life should provide some indication of how unstable the situation really is.

Eruptions can increase in intensity at any time, hurling not only molten lava but also large chunks of solid rock over surprising distances. It’s not too much of an exaggeration to compare hanging out near an explosion to sightseeing in an active war zone.

In addition to deadly projectiles, there is also an invisible danger near an explosion. Toxic gases are another byproduct of the explosions, leading to air pollution that authorities must monitor and warn nearby populations about.

In particular, sulfur dioxide is usually emitted by explosions, which can cause respiratory problems that can even be fatal in large doses, as well as the possibility of anaphylaxis.

The current eruption is more difficult to access than last year’s, requiring a difficult 90-minute hike, but officials report that nearly 2,000 visitors still made the trip on the first day. Cellphone records also show that about 8,000 people were in the area.