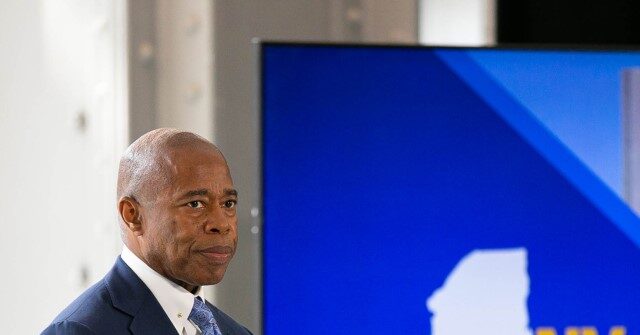 New York City’s Democratic Mayor Eric Adams is reportedly requiring photos of city job applicants as he seeks to ensure that new members of the workforce are diverse — a move that appears to value race and ethnicity over qualifications.

According to a report from Politicomost of the people—former and current city officials—the outlet spoke to are fickle at the mayor’s request, though it appears the mayor’s office is presenting the request as a way Adams can simply “start recognizing people [sic] faces.”

“Noting that the Mayor would love senior leadership of all agencies in this style,” reads an April 19 email from an Adams staffer. “Also clarifying that avatars in attachments should be real photos as the Mayor wants to start recognizing people [sic] faces.”

However, many remain skeptical and see the request as a way for Adams to prioritize racial and ethnic diversity. One former employee suggested that everyone knew exactly what the request was at its core.

“It was the first thing everyone said, ‘We’re going to start counting complexes now,'” the person said.

But the mayor’s office appears to be toeing the line, arguing that the request for photos is simply to make it easier to identify workers’ faces, though Fabien Levy, a spokesman for Adams, said the administration is seeking to build a team ” that reflects the city they serve and the administration they represent.”

“City Hall reviews the resumes of all final candidates for senior-level positions in organizations to ensure that the mayor and we at City Hall know who is interested in the projects when we work with them,” Levy said in a statement to Politico.

“The Adams administration is hiring the best people for the best jobs in the best city in the world. And we are committed to building a team that reflects the city they serve and the administration they represent,” he said, seemingly conceding that diversity is front and center.

However, he then argued that “each hire is judged on their merits and how well they will be able to deliver to New Yorkers day in and day out.”

The move follows news from New York City Department of Health and Mental Hygiene officials who said “structural racism and the attendant social and economic disparities increase the risk of heat stress for Black New Yorkers” in their heat wave warning this week in the Big Apple.