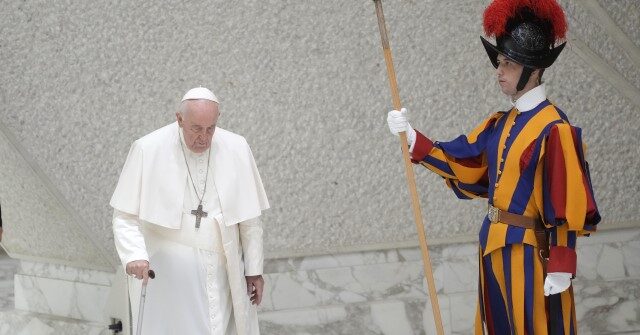 His Eminence Metropolitan Antonij di Volokolamsk, chairman of the Department of Foreign Affairs of the Moscow Patriarchate, is the second most powerful leader of the Russian Orthodox Church after Patriarch Kirill, who has been a staunch supporter of Vladimir Putin’s aggression in Ukraine.

Pope Francis is expected to meet with Patriarch Kirill next month at a summit of religious leaders in Kazakhstan. Earlier this week, the Vatican released the Pontiff program for his visit to the country on September 13-15, which focuses on his presence at the VII Conference of Leaders of World and Traditional Religions in the capital Nur-Sultan. 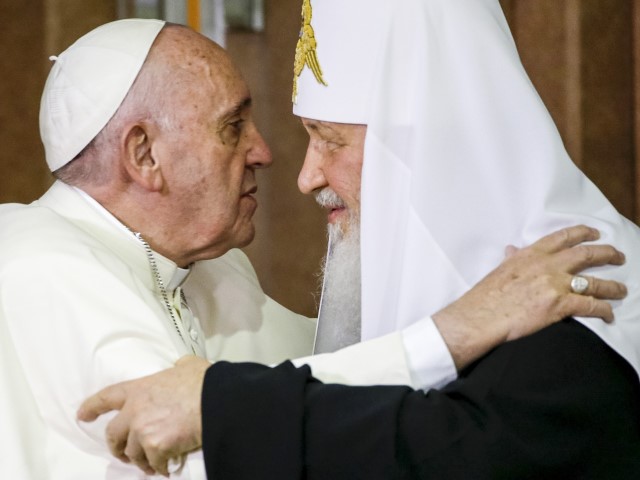 In this Friday, Feb. 12, 2016, file photo, Pope Francis, left, reaches to embrace Russian Orthodox Patriarch Kirill after signing a joint declaration at Jose Marti International Airport in Havana, Cuba. The Vatican confirmed on Monday that Pope Francis will travel next month to Kazakhstan, where he could meet with Patriarch Kirill, the leader of the Russian Orthodox Church who has justified Moscow’s war in Ukraine. (Gregorio Borgia, Pool/AP)

The Vatican did not disclose the content of Friday’s conversation between Pope Francis and Metropolitan Antonij, but included the meeting in list from the Pope’s official audiences for the day.

Metropolitan Antonij replaced Metropolitan Hilarion in June as chairman of the Department of Foreign Affairs of the Moscow Patriarchate and visited the Vatican for the first time on Friday.

Shortly after that conversation, Francis told Italian media that Patriarch Kirill was harming rather than helping the situation in Ukraine with his support for Putin’s war.

“I spoke with Cyril for 40 minutes via Zoom,” the Pope said. “He spent the first twenty reading me all the justifications for war from a note in his hand.”

“I listened and said to him: I don’t understand any of this. Brother, we are not clerics of the state, we cannot use the language of politics, but of Jesus,” the Pope said. “We are shepherds of the same holy people of God. That’s why we have to look for ways of peace, to put an end to the firing of weapons.”

“The Patriarch cannot transform himself into Putin’s altar boy,” Francis continued, in a verbal slap at the patriarch’s apparent complicity with the Russian president.

The Pope went on to say that he and Cyril were scheduled to meet in Jerusalem on June 14 but canceled it as it could send an “ambiguous message”.

Later, on April 25, Pope Francis sent greetings to Cyril on the occasion of Easter for the Catholic and Orthodox Churches that follow the Julian calendar.

“May the Holy Spirit,” wrote the pope, “transform our hearts and make us true peacemakers, especially for war-torn Ukraine,” while “we feel the full weight of the suffering of our human family, crushed by the violence, war and many injustices”.