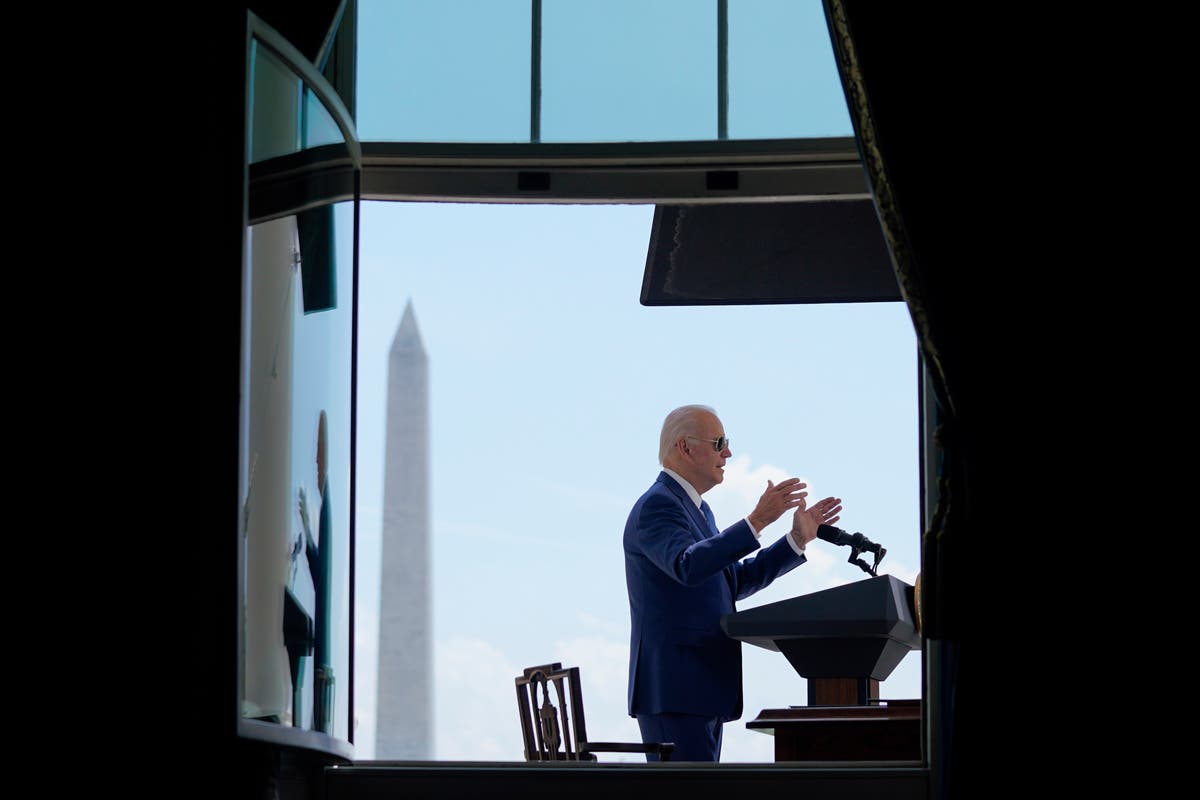 The legislation, which passed Congress with bipartisan support, extends the statute of limitations to give prosecutors more time to file criminal charges.

“The American people deserve to know that their tax dollars are being spent as intended,” Biden said. “My message to those crooks out there is this. You can’t hide. We will find you. We will make you pay back what you stole and hold you accountable to the law.”

By some estimates, billions of dollars that were supposed to help small businesses and people who lost their jobs could have ended up in the hands of fraudsters. The Justice Department has appointed a special prosecutor to target the matter.

“The watchdogs are back,” Biden said.

The president spoke from a White House balcony, where he has made other public remarks while self-isolating with a recovering case of COVID-19.

He initially tested positive on July 21 and was treated with the antiviral drug Paxlovid. He tested negative twice and ended the multi-day isolation, only to test positive again last Saturday.

The recovery case brought a recurrence of mild symptoms, including a cough.

The president’s personal physician, Dr. Kevin O’Connor wrote on Friday that the cough has “almost fully resolved,” although Biden was still testing positive that morning.

COVID-19 has messed up some of Biden’s plans. For example, he canceled an in-person visit with veterans protesting the health care law outside the US Capitol, making a video call instead.

However, the last few days have also been a dramatically productive period for his presidency. Democratic lawmakers reached an agreement on legislation to lower prescription drug prices, collect more tax revenue from companies and spend hundreds of billions of dollars to reduce greenhouse gas emissions.

Biden was also in solitary confinement when he announced the killing of Ayman al-Zawahri, the leader of al-Qaeda, in Kabul, Afghanistan.

The president expects to test negative again soon. On Monday, he is scheduled to visit flood-ravaged Kentucky.