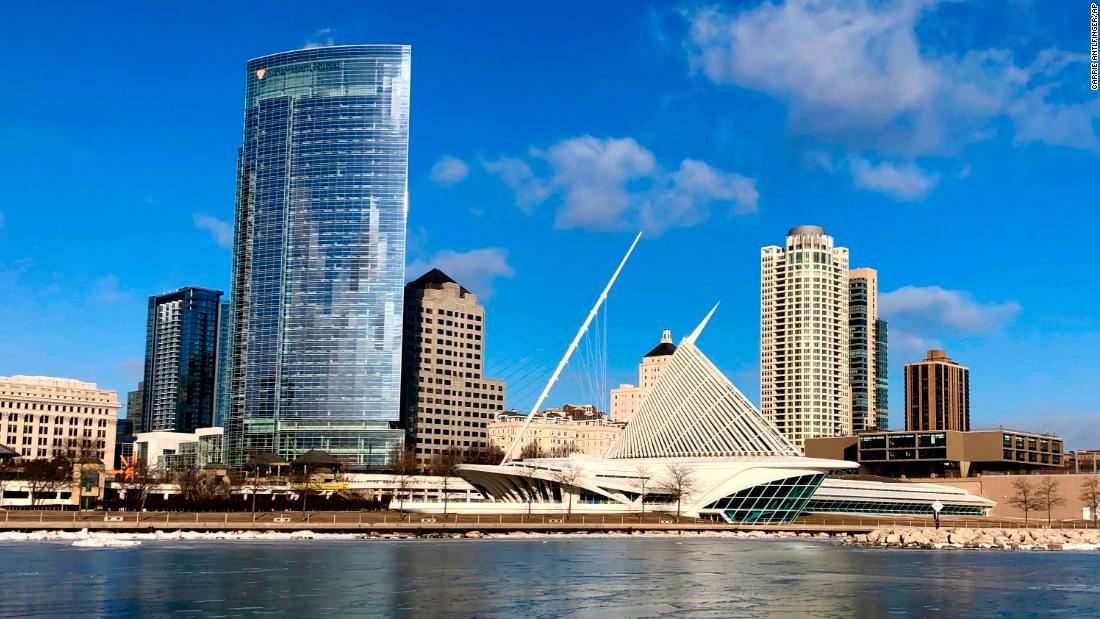 The convention site was unanimously approved by RNC members during a closed-door vote Friday morning at the party’s annual summer meeting here. McDaniel was joined by former White House chief of staff and one-time RNC chairman Reince Priebus, along with members of the party’s Wisconsin delegation for the announcement.

“Over the next two years, we look forward to working with the mayor and everyone in the community to make this an event that highlights not only our candidate … but the great city that is Milwaukee,” McDaniel said.

Milwaukee Mayor Cavalier Johnson, a Democrat, defended the decision to host the convention in his city, telling CNN the move “doesn’t mean” Milwaukee is “subscribing to the Republican Party platform.”

“My position, and I think most Democrats understand this, is that this is not a political decision, it’s a business decision,” Johnson said. “It will give us an opportunity to have millions of dollars of economic impact … to fill our restaurants, bars, hotels and support our hospitality industry which has been hit by Covid, of course, lately. two years.”

Johnson joined McDaniel on Friday to officially reveal Milwaukee as the convention’s choice site, days after Nashville fell out of contention as a possible alternative. Milwaukee began its bid to host the convention nearly a year ago, and city representatives met with RNC officials in February as they toured cities that were finalists, which at the time included Salt Lake City and Pittsburgh. Both cities were later removed from the running.

Later Friday, former President Donald Trump is scheduled to host a campaign rally in the Milwaukee suburb of Waukesha for GOP gubernatorial nominee Tim Michels ahead of next week’s state primary. Trump’s enduring popularity among the GOP base would likely position him as a front-runner in a crowded 2024 primary should he launch another presidential campaign, as is widely expected.
Johnson, who has said he will actively campaign to re-elect President Joe Biden in 2024, dismissed security concerns about the protests surrounding the convention in Milwaukee, including whether Trump – one of the most polarizing figures in the American politics – is the Republican candidate.

“I think any time you host a large-scale event, there’s potential for this type of activity. Our police department is well experienced and I think they’re prepared for the convention,” Johnson said, noting that Milwaukee was originally supposed to host the 2020 Democratic National Convention before going virtual amid the coronavirus pandemic.

“The police in Milwaukee are already well prepared for this and will be in a really great position to execute what we were setting out to execute last fight,” Johnson said.

This story has been updated with additional reports on the selection.