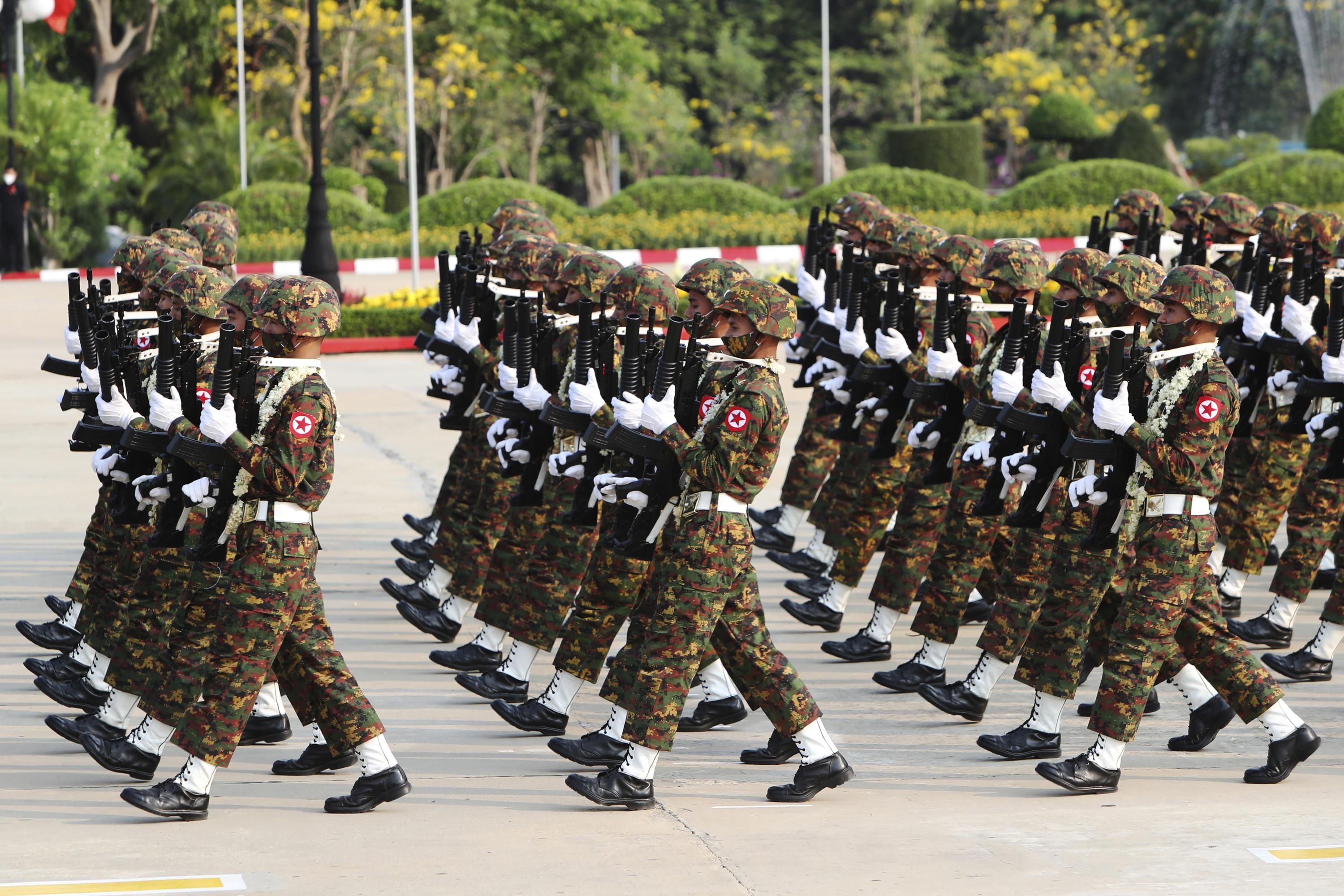 PHNOM PENH, Cambodia (AP) — Foreign ministers of the Association of Southeast Asian Nations issued their latest communiqué Friday after a series of meetings in the Cambodian capital, criticizing Myanmar for a lack of progress in ending violence there, but with more weaker language than many countries had hoped.

Myanmar’s military government that seized power from elected leader Aung San Suu Kyi in February 2021 has been accused of thousands of extrajudicial killings and last week carried out its first official executions in decades — sparking an outcry from many ASEAN members and countries around the world.

ASEAN is trying to implement a five-point consensus reached on Myanmar last year, calling for dialogue between all parties involved, humanitarian aid and an immediate cessation of violence, among other things.

After news of the executions broke in late July, Malaysian Foreign Minister Saifuddin Abdullah accused Myanmar of “making a mockery of the five-point process.”

However, in the final statement, the foreign ministers “expressed only our concerns about the prolonged political crisis in the country, including the execution of four opposition activists”, while adding that they were “deeply disappointed by the limited progress” in the implementation of the five-point consensus.

With the ongoing violence in Myanmar, the country has been asked not to send any political representatives to ASEAN meetings. In protest, Myanmar’s military government said it would not send any representatives, so it was not represented at the talks.

But in preliminary discussions leading up to the main meetings, a lower-level representative from Myanmar raised objections to the communiqué’s proposed wording, prompting stronger criticism that Malaysia, Singapore and others proposed exclusion, according to a diplomat who participated in the talks, speaking on condition of anonymity to discuss the one-on-one meetings.

Although ASEAN has tried to cast itself as a showcase of regional unity with its leaders and top diplomats locking hands in an unusual group handshake at their annual summits, the diverse bloc is constantly beset by conflicting agendas.

After their day-long meeting on Wednesday, they delayed issuing the joint communique due to differences over the Myanmar section, the diplomat said.

Cambodia reached a compromise on Thursday night that paved the way for the delayed publication of the weaker communique on Friday, the diplomat said.

There were concerns that if a compromise was not reached, conflicting views on Myanmar could have prevented the communiqué from being issued as in a similarly embarrassing incident about a decade ago when Cambodia also hosted the ministerial meeting, the diplomat said.

At the 2012 meeting, the unresolved impasse centered on whether China’s increasingly aggressive actions in the disputed South China Sea should be included in the communique. Cambodia was then accused by the Philippines and Vietnam of suppressing reporting on the increasingly tense territorial conflicts. It was the first time the bloc, founded in 1967, failed to issue a post-conference communique in its history.

The military’s overthrow of Suu Kyi’s government sparked widespread peaceful protests that were violently suppressed. They have evolved into armed resistance and the country has slipped into what some UN experts call a civil war.

More than 2,100 people have been killed by the military government since it took power and nearly 15,000 have been arrested, according to the Assistance Association for Political Pridation, a non-governmental organization that tracks killings and arrests.