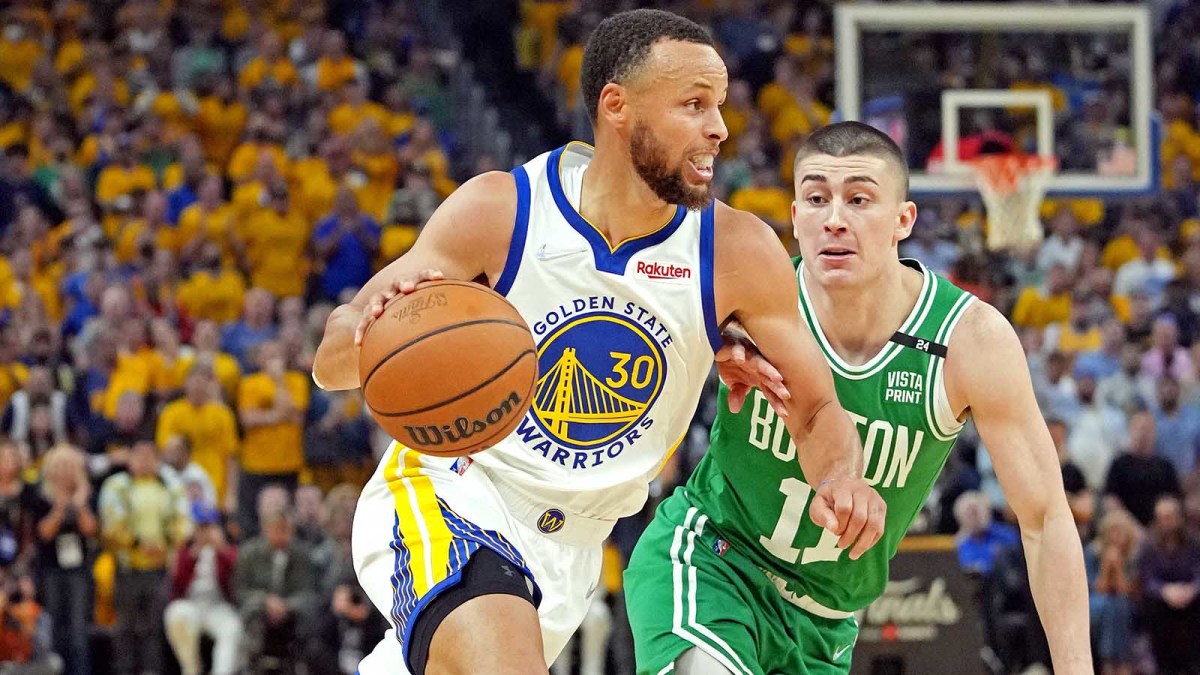 Stephen Curry is set to join an exclusive club of NBA superstars who own 10 or more sneakers when the NBA season ends in October. Michael Jordan, Kobe Bryant, LeBron James, Kevin Durant, Chris Paul, Carmelo Anthony and Derrick Rose are the only players to ever reach the milestone. The four-time champion launched the Curry Brand in partnership with Under Armor in 2020. Since its launch, Curry has released two signature sneakers and signed UConn basketball star Azzi Fudd to a NIL deal under the SC30 brand Inc.

Sports Illustrated spoke to Curry about his offseason after winning his fourth title, his signature sneaker line and what’s next.

This interview has been edited and condensed for clarity.

SI: How has this offseason felt different compared to others?

Stephen Curry: When you go to the championship, win or lose, it’s a very short offseason. So that quick turnaround is always kind of interesting. Obviously you would love to party all the time as opposed to the alternative, but it was a ride. The first four weeks seemed like a blur with the parade. I went to a golf tournament in Tahoe, hosted the ESPYs, and everything was family. All of that was amazing, and then you look up and you’ve got seven weeks until training camp starts. So you’re always in that weird spot between celebrating what happened and looking ahead trying to do it again. It’s a great feeling to have because winning a championship and everything that comes with it is pretty dope.

SI: You are approaching 10 years with Under Armour. Many people questioned your decision when you joined the brand. What can you say about the journey these last 10 years?

SC: I have to make something from scratch. UA has signed athletes in the past, such as Brandon Jennings. But we started right away, and in my second year I signed with the Curry 1, and now we’re about to launch the 10th shoe. It wasn’t all pretty, and there were a lot of learning experiences along the way, but that’s part of being in business at the highest level. We introduced the Curry Brand and hopefully, as I move towards the end of my career and beyond, we will continue to build on my success on the court and increase the love of sports in communities that need that support. Really proud of what we’ve been able to do with Curry Brand, especially as we’ve only just started.

SI: How wild is it that you’re already on the retro scene with your sneaker line? Why follow this path in the evolution of previous older models?

SC: It’s wild. When the idea first came up, I think I laughed. It was the summer of 2013 when I signed and you look back at what’s happened since then and all the different iterations of my signature shoe — it seems like a long time, but on the other hand it’s not. Being able to bring back some of the classics with Flow technology is super exciting. You’ll see me wearing a lot of different things this year from Curry 10s to other shoes. So hopefully there’s a strong appetite for some of the classics we’re recycling.

SI: In the playoffs and finals you kept going back to the Purple Curry 4 Flotros. What is it about this sneaker that makes it so special to you?

SC: You want all of your shoes to be everyone’s favorite, but whenever I ask people, four are usually at the top of their list. I just think it has the stylish upper with the knit material and we threw the FloTro in there and it just works. I think it’s a simple and classic look. Between Curry 1 and 4 are people’s favorites. The ability to launch the Flotro on all fours is a great start because it has the best of both worlds in terms of comfort and cushioning with Flow technology now. It checks a lot of boxes.

SI: In 2013 you had one of the most talked-about sneaker-free agencies ever. You mentioned that you went through a sneaker testing process for other brands, but I want to know, how important was testing this UA brood back then? Did this sneaker have any influence to join the company?

SC: 1000% I’m trying to think of what Adidas and Nike had at the time. I think it was like Crazylight or something. Spawn was just something different aesthetically than anything I’ve seen. It’s crazy how far technology has come, because if you put them on now they’re comfortable, but you can definitely tell the difference. This shoe really spoke to me the moment I wanted to go and I knew it was a good springboard for what I wanted a shoe to feel like on the court. I believe the Clutchfit was after that and then I got into the Curry 1. So I’ll definitely be bringing some variations of the Spawn because it’s part of my history with UA and now the Curry Brand.

SI: You are obviously the most important person when it comes to testing your own signature sneakers. But how important is it to get feedback from the younger generation of hoopers when they play in your shoes?

SC: It’s always been important because I have a certain profile of how I want my kicks to feel. bordering on the end of I want to feel like I’m barefoot as opposed to the super-mega pillow. When we started it [Curry] 7, then we really established the need and desire for this kind of feedback from all different types of athletes. Flow came out at the time, and that’s such an innovative technology that you want to make sure it’s not like, “Oh I love it,” because I’m with the brand that’s releasing it — you want it to have real function and purpose behind it. When we got to 7 and 8 we wanted to convey that part of the brand more and we will continue to do that.

SI: Only a few people have reached 10 models of sneakers. What can we expect with the Curry 10?

SC: 10 is nice. Without saying what the themes are, there’s a sense of completion in terms of all the different iterations from 1-10 and all the looks we have. There is also a consistency in 8, 9 and 10 based on how far we have come in terms of technology and innovation. The product is such an amazing place that you want to continue creating an identity. We’re going to stay in the now but also acknowledge some of the past and I love the fact that we can make sure the 10’s are highlighted but also bring in the retro and lifestyle stuff.

SI: The ‘night, night’ celebration has become a global thing. Will we see you incorporated into your sneaker line?

SC: laughs. I would say never in terms of collaborations and ideas for colorways.