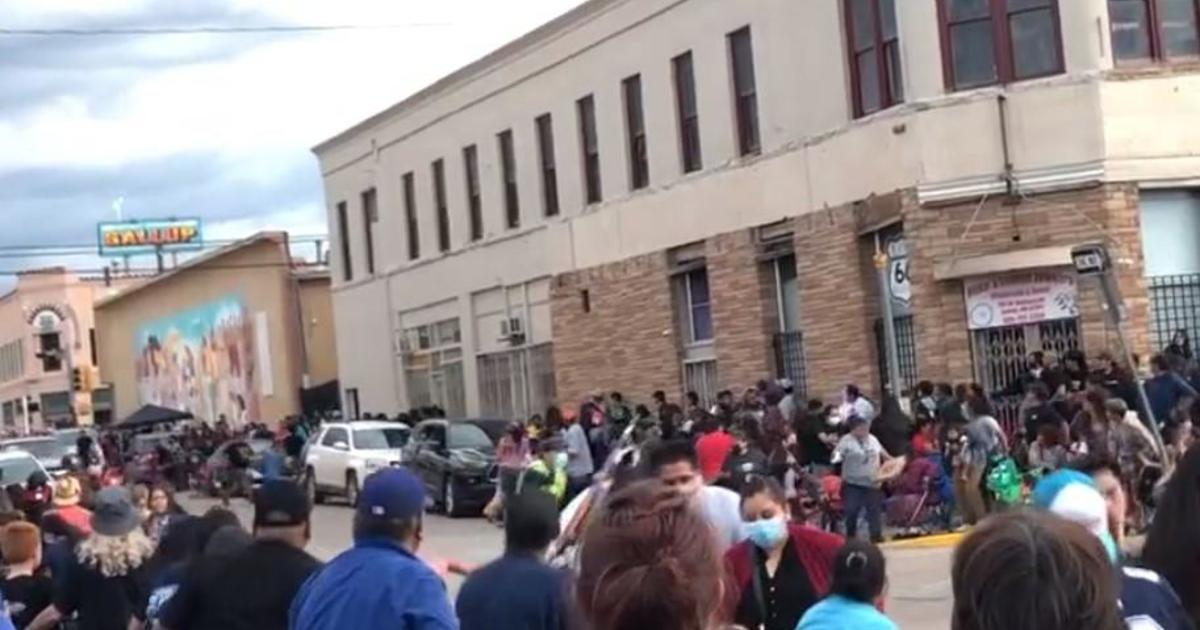 State police Lt. Mark Soriano said no one was killed in the incident in Gallup and could not elaborate on the extent of injuries, the Albuquerque Journal reported.

New Mexico State Police said on Twitter that the driver was in custody and investigating the incident.

“Multiple people, including two Gallup PD officers, were injured and are being treated at the scene,” the tweet said.

Video posted on social media shows the vehicle driving into the crowd and people trying to get out of the way.

Navajo Nation President Jonathan Nez was there and said he and members of his party could have been hit if they hadn’t reacted quickly. CBS Albuquerque affiliate KRQE-TV reports.

“We were in the path of the vehicle. Thank God the people around me, our team members or the council representatives. They were not hit by the vehicle,” Nez said in a statement shortly after the incident.