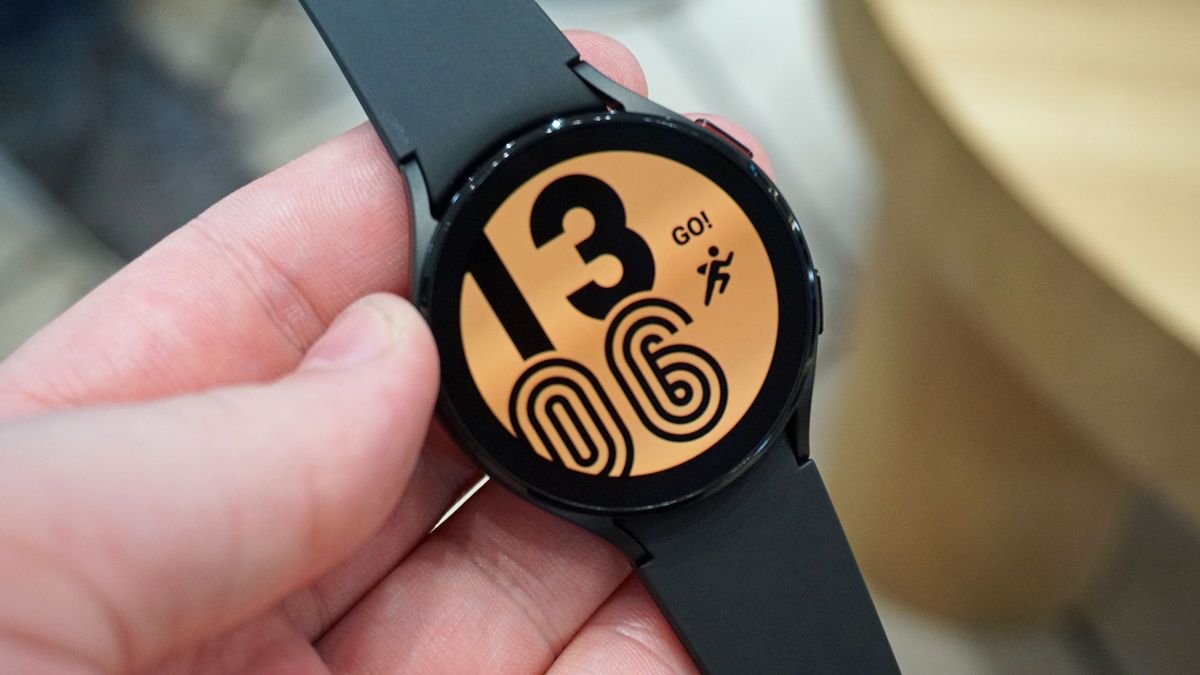 At this point we don’t know much about the wearables, assuming the recent leaks we’ve seen are accurate, and a massive new leak just surfaced on WinFuture (opens in new tab)consisting of an almost complete list of specifications, along with supposed official marketing photos.

These capacities would be higher than the battery capacities of the Samsung Galaxy Watch 4 series and also higher than previous leaks have suggested. Apparently they would allow 50 hours of life on the standard models and up to 80 hours in the case of the Galaxy Watch 5 Pro, which would be even better than the three days of life we ​​previously heard it could manage.

They also all apparently charge wirelessly at 10W, and all use the Exynos W920 chipset we’ve previously seen in the Galaxy Watch 4. That’s said to be paired with up to 16GB of storage, as well as GPS, NFC and – in the case of the cellular models – an eSIM.

We also have dimensions, with the standard Galaxy Watch 5 models apparently being 9.8mm thick and 28.7g for the 40mm model and 33.5g for the 44mm model. The Samsung Galaxy Watch 5 Pro meanwhile is said to be 10.5mm thick and weigh 46.5g. All this extra weight is likely due to the larger battery.

We’ve included some images of the leaked handsets above – more of which can be seen on WinFuture’s website, but they don’t show much we haven’t seen before. The main thing is that none of the models appear to have a rotating bezel, which is a shame. Indeed, the Watch 5 Pro looks a lot like the standard versions, but apparently has a titanium body.

There is also a new sensor visible on the back of these wearables, which the site speculates may be for measuring body temperature.

Analysis: even at these prices, the Galaxy Watch 5 series could have the Apple Watch 8

The Galaxy Watch series is usually the Apple Watch’s main rival, and this year could offer even tougher competition than usual.

While we don’t know anything for sure about either the Watch 5 or the Apple Watch 8, leaks suggest that Apple’s upcoming wearable will be at least as expensive, even taking into account the rumored price hikes for Samsung’s reported watches above.

With Samsung’s wearables potentially offering drastically improved battery life, they could beat the Apple Watch 8 in this department. and, aside from a possible new Apple Watch 8 Rugged Edition, it doesn’t look like Apple’s upcoming wearables will offer too many upgrades. They may have a body temperature sensor, but so do Samsung watches.

The choice as always will mostly depend on your preferred operating system – and if you have an Android phone then the Apple Watch 8 won’t be an option at all. But looking at the rumored specs and pricing alone, it’s likely that the Samsung Galaxy Watch 5 series will match or surpass Apple’s best watches.