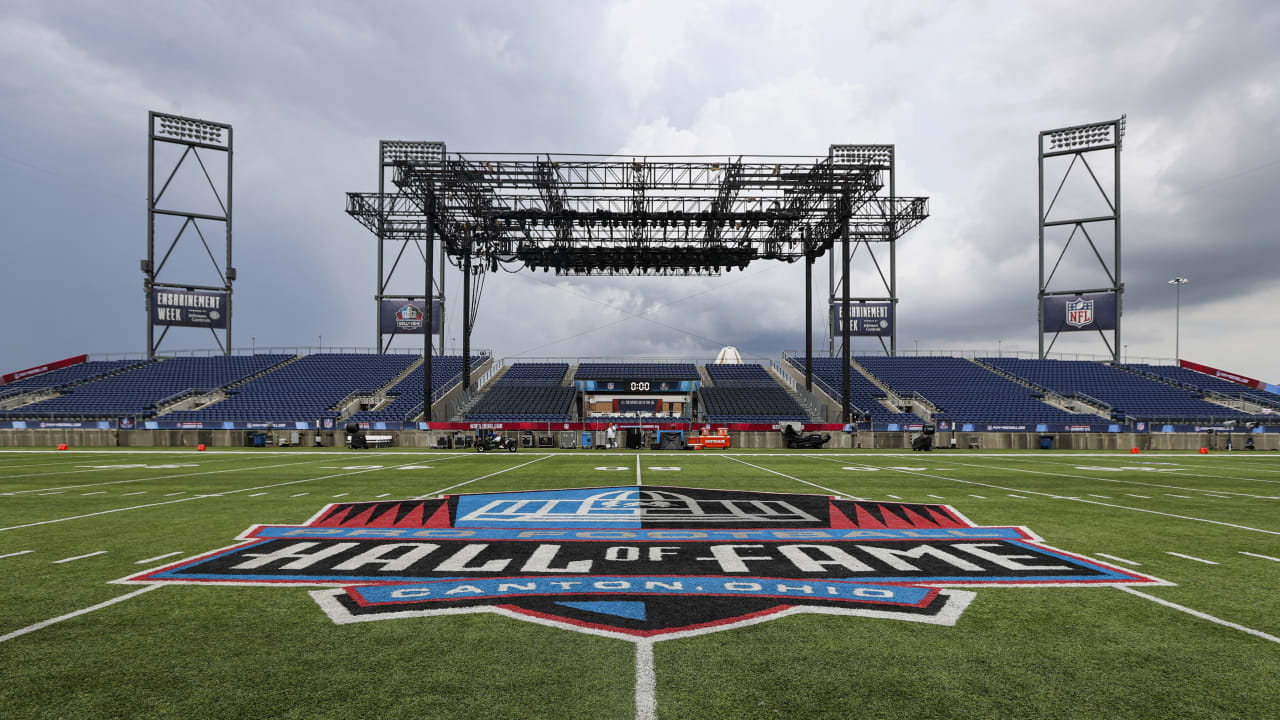 CANTON — The 2022 preseason is ready to begin in Canton, Ohio. It will just take a little delay.

With lightning in the area, the start of the 2022 Pro Football Hall of Fame Game in Canton, Ohio between the Jacksonville Jaguars and the Las Vegas Raiders was delayed due to inclement weather. Kickoff, which was originally scheduled for 8 p.m. ET, now expected to be 8:40 p.m. ET, according to the NBC broadcast.

As the Jaguars and Raiders warmed up on the field at Tom Benson Hall of Fame Stadium, a storm front rolled into Canton 30 minutes before kickoff Thursday. The rain started to fall around 7:40pm. ET, minutes after the stadium’s scoreboards displayed a message warning of the arrival of severe weather, sending fans to seek shelter in the stands.

Scattered thunderstorms dropped intermittent rain across parts of northeast Ohio for most of the day leading up to the game. The latest storm forced the NFL to push back its annual preseason kickoff schedule.