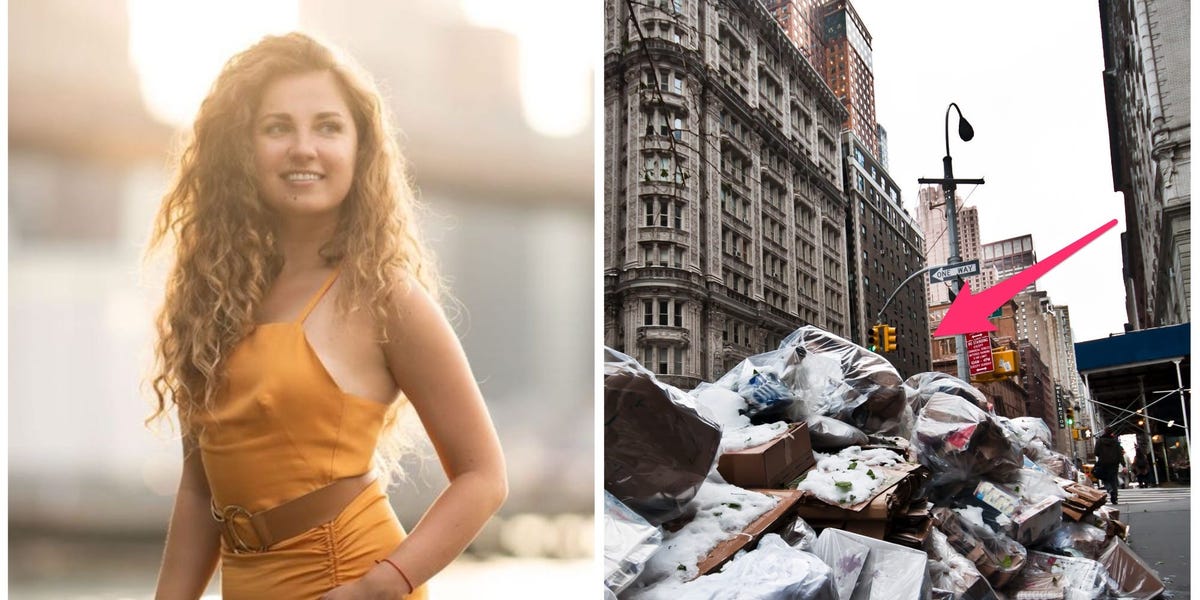 Daria Sokol, a Ukrainian travel blogger living in New York, told Insider that her “horrible first impression” of the city is very different from how she perceives it now.

Sokol, from Kharkiv, Ukraine, said she first moved to the U.S. in 2013 for a study abroad program in Washington, D.C. She got her first glimpse of New York as she flew into JFK and was transferred to a bus in D.C. The 29-year-old he said He may have expected it to be beautiful – like what he had seen in American movies – but some areas on the outskirts of the city were dirtier than he expected.

This did not deter her and Sokol moved to New York in 2019.

A post shared by Daria in New York ❤️ (@daria.newyork)

She told Insider that she now loves New York. He can’t imagine living anywhere else. And in May, he got married at the Top of the Rock because he wanted to be surrounded by the city’s iconic buildings.

But it had many surprises for American life—and life in New York—along the way. Here’s what she said surprised her the most about living in the state.

Sokol told Insider she was surprised by the bad weather and the amount of trash she saw on her bus trip from New York to DC.

“It was like a horror movie,” Sokol said. “It was a lot of rain, storms, torrential rain. The streets were so dirty, with rubbish everywhere. It looked so bad.”

She said she remembers wondering, “Where is all the beauty in New York?”

Sokol hails from Kharkiv, Ukraine’s second largest city, which is known for its commitment to sustainability. Before the Russian invasion of Ukraine, the city joined the EBRD Green Cities initiative, which was put in place to enable European cities to address environmental needs such as solid waste management, according to the European Bank for Reconstruction and Development. The city has about 1.5 million inhabitants.

Sokol said she returned to New York the following year, and with each visit, she admits that seeing new places and having more experiences, like her favorite place, Central Park, made New York grow. Eventually he decided to move to the city.

People in the US are friendlier than in Ukraine, according to Sokol

Sokol said one of the things she likes about the US is the friendly people.

“People are more smiley,” he said, comparing Americans to Ukrainians. You walk down the street in the United States and smile at someone, about 90 percent of the time they smile back. In Ukraine the percentage is not so good.”

He added that there is a culture of encouragement and positivity in the US that is not as common in other countries. So much so that she said she had a hard time accepting compliments from strangers at first.

“I was walking down the street and a lady was like, ‘Oh, I like your shoes, they’re so pretty,'” Sokol said. “And in Ukraine, nobody would tell you that.”

“Now I really like this culture of encouragement,” he added. “There is more positivity compared to some countries.”