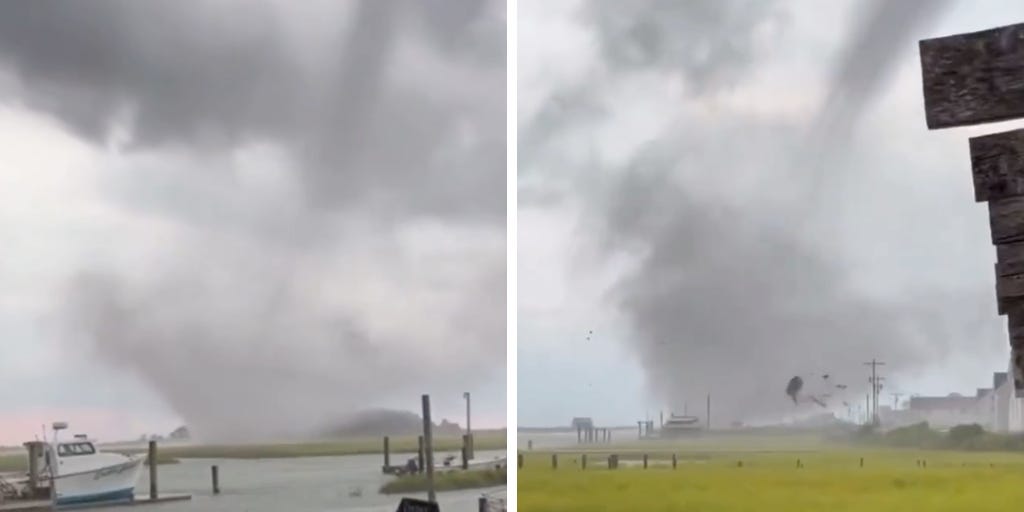 Videos posted on social media on Thursday showed a wave of water crashing into a small island off the coast of Maryland and causing severe damage to several homes.

A video shared on Twitter shows the waterspout moving inland and heading towards a row of buildings before cutting off parts of the buildings and throwing debris.

Another video, shot from a different angle, shows the spout ripping through the water as someone off-screen says: “It’s in the canal.” Video shows the wind picking up, picking up debris and tearing the roof off a nearby building.

Another video taken from a greater distance shows the spout of water extending up into the clouds.

According to a local news outlet Delmarva Now260 people live on Smith Island, which consists of three towns – Rhodes Point, Tylerton and Ewell.

“There’s one house that was completely demolished, several others lost their roofs, the only two gas pumps on the island at our Exxon station blew up,” Woutila said, describing how boats were “thrown all over the place.”

Goutilla, who moved to the island in June, said her shed was “falling apart”.

“We have a random roof in our backyard,” he told Insider. “I don’t know of anything like that ever happening here.”

Smith Island fire officials did not immediately respond to Insider’s requests for comment.