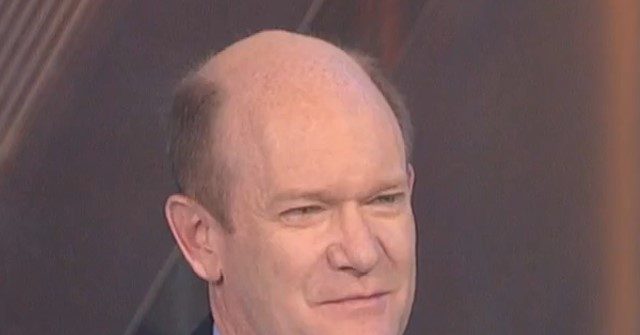 On CNN’s “The Lead” Thursday, Sen. Chris Coons (D-DE) responded to concerns that the minimum corporate tax in the reconciliation bill could hurt manufacturing, saying that supporting the tax “is something that the congressional our team has gathered. ” And that while the potential impact on competitiveness will have to be considered, spending the CHIPS bill will help manufacturing.

Coons began by saying, “The most important thing is to pass this bill.”

Host Jake Tapper asked: “Sen. Toomey was on the show Sunday and said the problem with requiring a minimum corporate tax is that it affects the ability of companies to invest that money in future manufacturing, which was part of Trump’s 2017 tax bill. How do you deal with that? the argument;”

Coons responded, “Well, let’s be clear. This is a minimum tax that applies to companies that generate more than $1 billion in revenue annually, and as a simple principle, the idea that there should be a minimum amount of taxes paid by the wealthiest Americans and the most profitable companies is something that the our caucus has gathered back. I think we need to take a hard look at how it might affect competitiveness. You know, Jake, I’m someone who worked in manufacturing for eight years, and we’re going to sign a bill on Tuesday where President Biden is going to sign into law the last major bill that we passed here in the Senate on a bipartisan vote, the CHIPS and science, which does a lot to invest in manufacturing. So I think we need to look at both of those pieces of legislation, the incentives and investment in manufacturing that come out of the CHIPS and science bill that we just passed last week and any potential impact here in terms of a minimum corporate tax. At the end of the day, Jake, I don’t think we should go out, leave Washington for August until we get these issues resolved in our caucus and move this bill forward.”