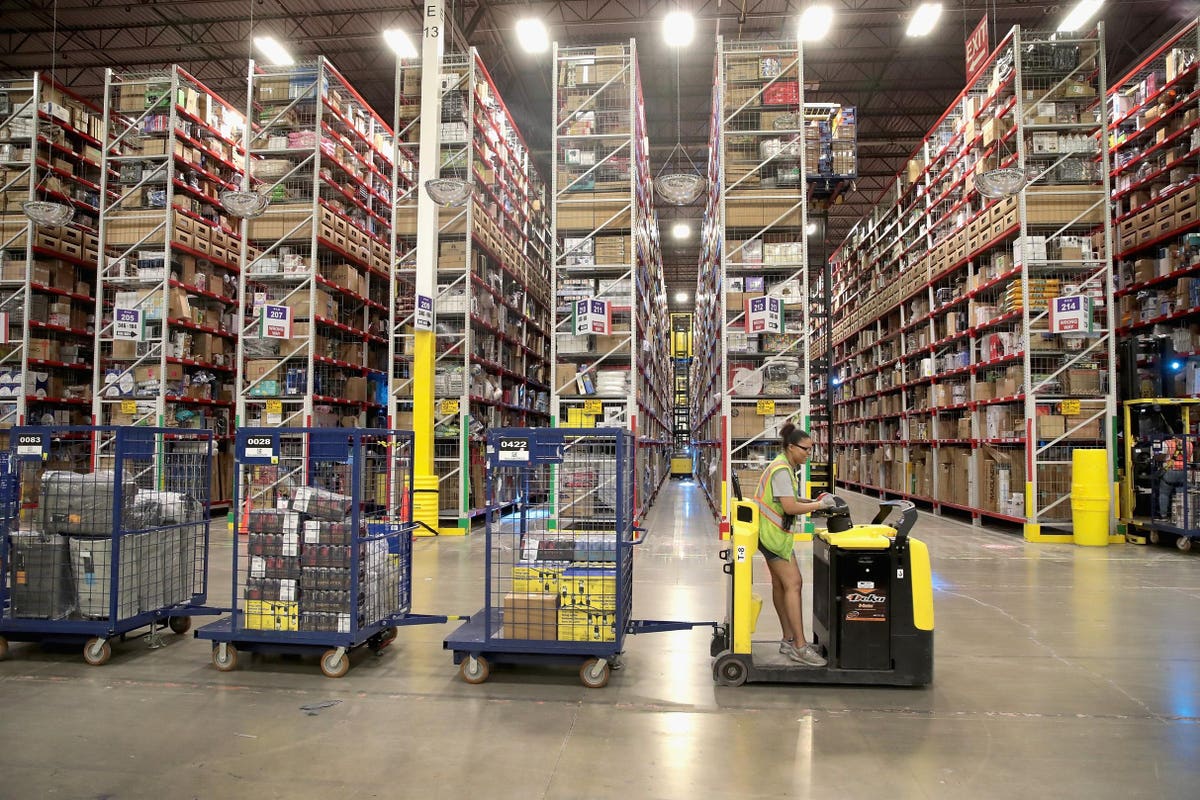 This week Current Climatewhich every Saturday brings you the latest news on the business of sustainability. Sign up to receive it in your inbox every week.

In 2019, Amazon co-founded The Climate Pledge, a commitment to achieve net zero carbon emissions by 2040. Since then, the company’s carbon footprint has grown by nearly 40%. Amazon’s carbon footprint was 51.17 million metric tons in 2019 and grew to 71.54 million metric tons in 2021, according to the company’s sustainability report released this week. Amazon said the increase was due to growth during the pandemic in both its consumer e-commerce and cloud businesses, which required building new facilities and expanding its transportation network.

In trying to move away from their overall carbon footprint, the report suggested that companies should also be judged on whether they are reducing their “carbon intensity,” which is the total carbon emissions per dollar of gross merchandise sales. While Amazon continued to reduce its carbon intensity, the year-over-year change was much smaller. From 2019 to 2020, Amazon reduced its carbon intensity by more than 16%. From 2020 to 2021, the reduction was 1.9%.

Milwaukee-based Generac has an 80% market share in the home backup business and a six-month backlog. But instead of just selling “a product that people hope they’ll never use,” CEO Aaron Jagdfeld has big ideas for the company’s future: home microgrids. It wants to start marketing an “energy independence” package that combines gas, solar and batteries, all optimized with machine learning software that manages your heating and cooling to make you money. Read more here.

The sun becomes more active from NASA has been predicted, and it’s possible that the sun’s current 11-year cycle will end up being the strongest on record – since scientists first started recording sunspots in 1755.

of Morocco The energy transition and sustainable development minister says the country is installing thousands of megawatts of renewable energy capacity as it aims to become an exporter to North Africa and Europe.

Bike transport levels inside England rose 47% on weekdays in the first five months of the year as commuters reacted to rising fuel prices.

Sustainability Deals of the Week

Vertical farming: Japan-based Spread, a vertical farming startup initially focused on lettuce, has raised $30 million in Series A funding as it expands into strawberries and alternative meats.

The US Senate could vote on the Inflation Relief Act, which includes $369 billion over the next 10 years for “energy security and climate change programs,” as soon as this weekend. Reuters reports. The legislation, a deal brokered by Senate Democrats Chuck Schumer of New York and Joe Manchin of West Virginia, would need all 50 Democratic senators and Vice President Kamala Harris to move forward.

What else are we reading this week?

‘They’re not slowing down’: The rise of billion-dollar disasters (The Washington Post)

Sixteen years ago today, before Tesla built its first car, Elon Musk published his “Master Plan” for the company with a single goal: to turn the environmentally unfriendly auto industry into a friendly one by selling expensive electric cars who would undertake the development affordable. “When someone buys the Tesla Roadster sports car, they actually help pay for the development of the low-cost family car,” Musk wrote. The thing is, this affordable family EV is here, but it’s a Chevrolet, not a Tesla. And General Motors, Ford, Volkswagen, Hyundai and other automakers are ramping up production of several new battery-powered models priced below the current industry leader. Read more here.

The great history of transportation

Fisker Inc., another would-be Tesla competitor, is about to start building its first electric models and says initial orders for the Ocean SUV are likely worth more than $300 million in revenue. Although the first 5,000 units it will build will be $70,000 versions with all the options, the Los Angeles-based company expects to start delivering cheaper $37,499 versions late next year and is also planning a $30,000 mass-market EV due in 2024. Read more here.

High gas prices make us all want EVs, right? Not so, says research

What does the departure of Herbert Diess mean for the electric future of Volkswagen?