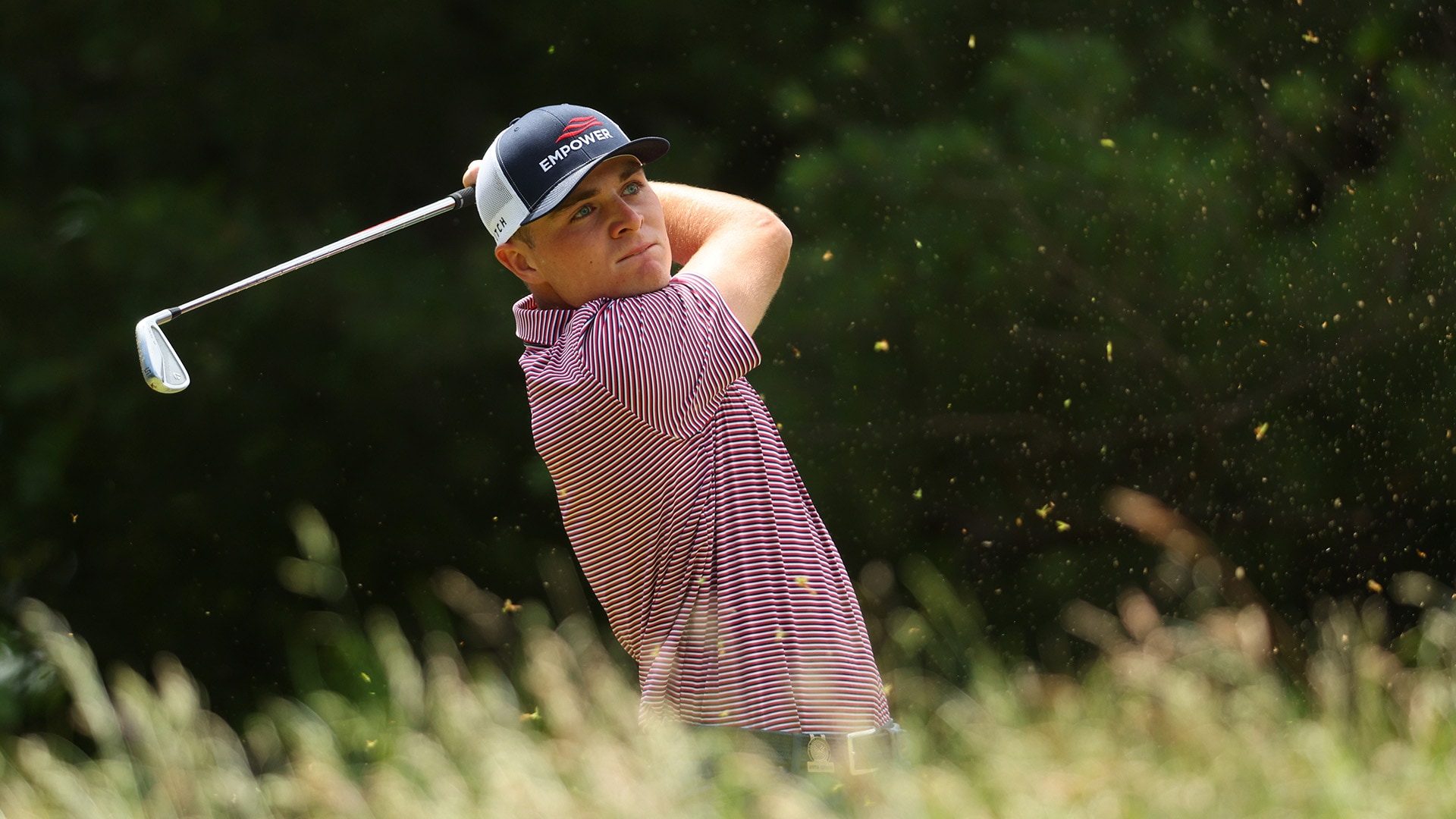 After a five-day marathon that included 36-hole days on Thursday, Friday and Saturday, Austin Greaser was crowned the Western Amateur champion, 1 over, over Mateo Fernandez de Oliveira.

Greaser played a lot of golf the past two summers at Western, falling in last year’s semifinals to eventual champion Michael Thorbjornsen. This time, there was no doubt about the tar heel.

Fernandez de Oliveira got off to a great start, going 2 up through three holes after coming out of a greenside bunker at the third.

Razorback was still 2 to 11, but then things started going Greaser’s way.

Greaser won four straight holes, starting with a long birdie putt that found the cup from the back of the green at the 12th.

Another birdie fell on the 13th, then Fernandez de Oliveira conceded birdies to Grieser on the 14th and 15th holes after getting into trouble.

After halving the 16th with pars, both players hit approach shots to within 10 feet at the par-4 17th.

Both players found the fairway at the 18th, but after Fernandez de Oliveira hit his approach to 12 feet, Greaser went wide of the green and saw his ball nestle in deep rough. He then hit an excellent chip, leaving himself a few yards short of par, which left Fernandez de Oliveira having to hole his birdie to extend the match.

The putt missed the Razorback and the Greaser holed out for par to capture his 120th Western Amateur.