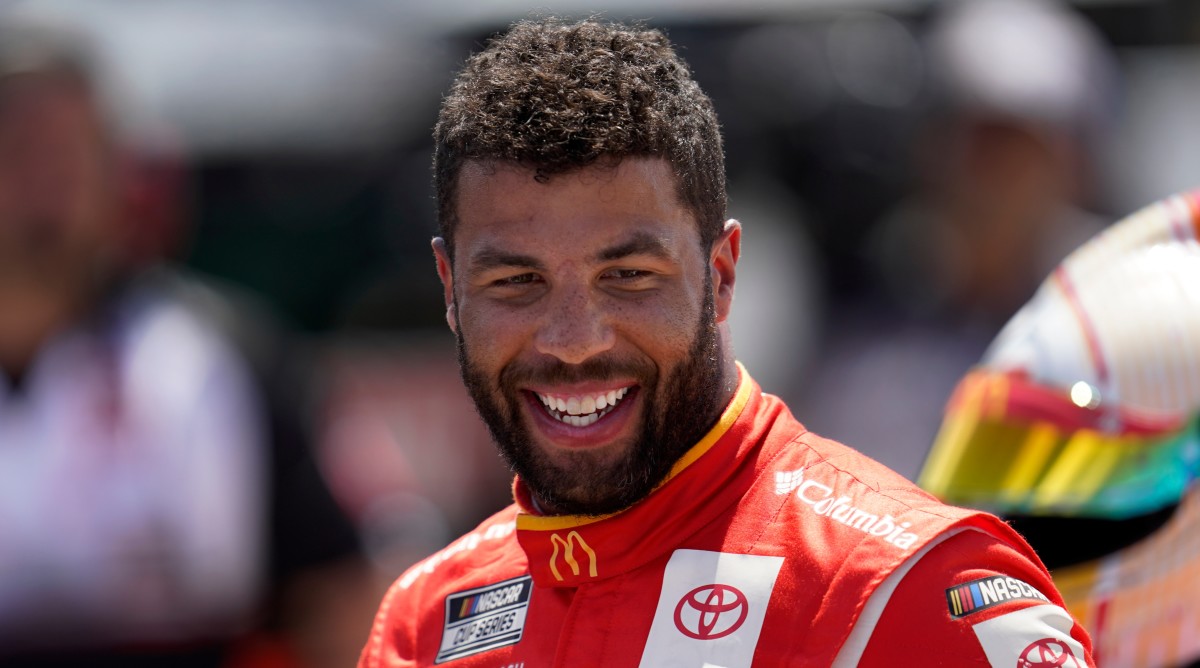 For the first time, Bubba Wallace will start a NASCAR Cup Series race on the pole.

The driver of the No. 23 burned up the track at Michigan International Speedway on Saturday as the only driver to break 190 mph in the final round of qualifying. He finished the session with an average lap speed of 190.703 mph, earning the first Cup Series pole of his career.

The pole is also the first for 23XI Racing, which began fielding cars in 2021.

“Good,” Wallace he told NBC Sports after getting out of the car. “It took me five years to get my first pole.”

Wallace wasn’t the only Toyota driver to find success at the Michigan track on Saturday. Christopher Bell and Kyle Busch will start second and third, just behind Wallace, and all six of the Toyota entries earned the first 11 starting spots for Sunday’s race.

Wallace’s qualifying performance adds to a strong recent run for the 28-year-old, who will make his 171st Cup Series start this weekend. He finished in the top-10 in the last three races, including a third-place finish at New Hampshire and a fifth-place finish at Indianapolis Motor Speedway.

“Everybody on that No. 23 team, we’ve done a terrible job all year, we really haven’t had the finishes we deserve,” Wallace said, according to NBC Sports. “… We continue to look ready for battle. That means a lot.

Wallace will look to earn his second Cup Series race win when The FireKeepers Casino 400 at Michigan International Speedway gets underway at 3 p.m. ET on Sunday.

Daily Cover: Direction of College Athletics hangs in the balance. See how.