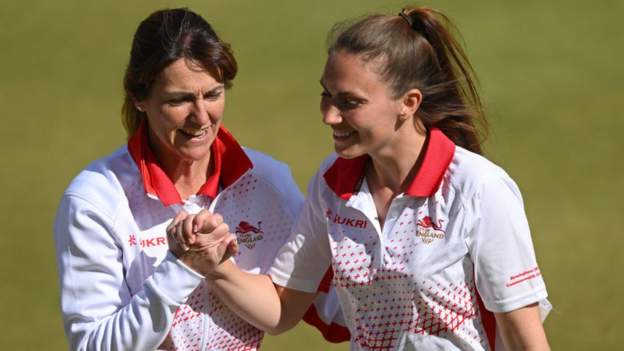 England duo Amy Pharoah and Sophie Tolchard won silver after losing a thrilling final to Australia in the women’s grass court doubles at the Commonwealth Games.

Australia’s Ellen Ryan and Kristina Krstic looked to have overturned an 18-17 deficit in the final end, only for Pharaoh to force an extra end with a driving bowl.

In sudden death, a Pharoah try gave England a lie in the gold medal, but Ryan’s final shot earned the tie 19-18 for Australia.

England have now won four medals in total in green at the Commonwealth Games.