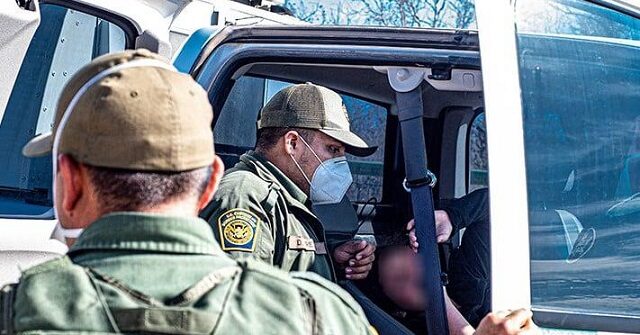 Rio Grande Valley Sector Border Patrol agents arrested five previously deported sex offenders and more than 20 members of dangerous gangs over the course of a week. Arrests were made along the border and up to 80 miles inland.

Falfurrias Station Border Patrol agents arrested Manuel Ramirez, a Honduran national who was in the United States illegally. During a background check, agents discovered a 2017 New York court conviction for attempted first-degree rape, according to information provided by Rio Grande Valley Sector officials. The court sentenced the Honduran national to four years in prison. Agents also listed the man as a member of the ultra-violent gang Mara Salvatrucha (MS-13).

Two days later, Falfurrias agents arrested another MS-13 gang member. Agents identified the man as a Salvadoran national. A Virginia court has sentenced a man to five years in prison after being convicted of carnal knowledge of a child.

Rio Grande Station agents patrolling the border on August 2 arrested a Salvadoran national and identified him as a member of the Salvadoran 18th Street gang. Court records from El Salvador revealed a history of convictions for attempted murder, possession of firearms and theft, officials said.

The next day, agents from the same station arrested Cesar Campos, a Peruvian national who was in the US illegally. A records check led to the discovery of a New York court conviction for raping a child under 17. The court imposed a sentence of 16 months to four years.

Later in the day, Rio Grande city agents also arrested a Honduran immigrant on a criminal conviction from a New Jersey court for criminal intercourse. The court sentenced the man to 12 months in prison.

Immigrants who have previously been deported after a felony criminal conviction are subject to prosecution in federal court for illegal reentry after removal. If charged and convicted, each could spend up to 20 years in federal prison.