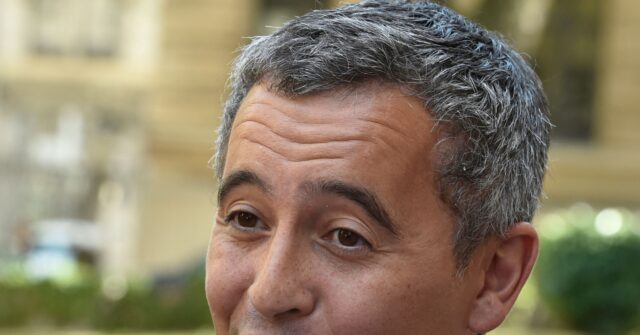 French Interior Minister Gerald Darmanin criticized members of the far-left France Insoumise party, whom he accused of defending a radical Islamist imam who is to be deported from France.

Minister Darmanin, who announced the deportation of radical Moroccan imam Hassan Iquioussen last week, criticized members of France Insoumise (LFI), whom he accused of defending the imam and trying to stop his deportation.

“This gentleman has no connection on national soil and that they can defend him in the sense of the term freedom of expression tells me the state of intellectual decay that the far-left LFI is in at this point,” said Darmanin. he said television network CNews on Thursday.

Since the announcement of the radical imam’s expulsion, members of the LFI in the French parliament have criticized Darmanin, including MP David Guiraud, who said: “These dubious procedures should call into question all democrats who care about preserving our rule of law.” .

Another LFI MP, Manuel Bompard, argued that while the imam had allegedly made anti-Semitic and homophobic speeches, he should be tried by a French court: “It cannot be up to the arbitrariness of the Minister of the Interior to decide which words are acceptable or not. “

Darmanin hit back at criticism from such MPs, stating that of the 2,600 mosques across France, only about 20 support Imam Iquioussen. He called on Don LFI to expel David Guiraud, arguing that his statements reflected on the rest of the party.

Since becoming interior minister in 2020, Darmanin has spoken out against the spread of radical Islam and has been involved in the closure of several radical mosques, notably after the beheading of teacher Samuel Paty by an extremist Chechen refugee in October 2020.