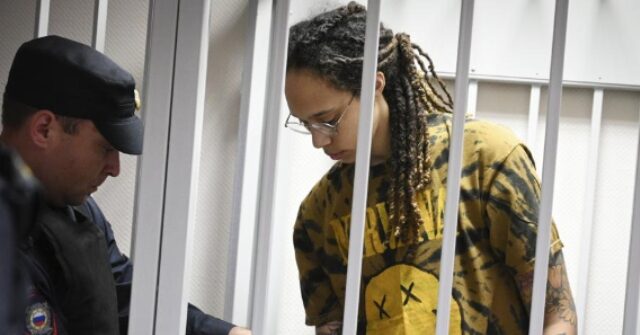 A Russian court sentenced American and WNBA player Brittney Griner to nine and a half years in prison Thursday for smuggling cannabis oil into Russia in February.

This sentence appears to be in line with an established Russian criminal code that outlines criminal punishments for people found guilty of violating the country’s cannabis laws. The code states that a person convicted of such a crime “may be sentenced to eight to twenty years in prison or even life imprisonment if the crime is committed on a particularly large scale (for cannabis this means more than 10 kilograms),” the international legal consultancy CMS service seen in a recent article.

Russian law prohibits the use of cannabis for medical or recreational purposes, according to an article titled “Cannabis Law and Legislation in Russia,” published by CMS in April 2021.

“Cannabis is included in Schedule I of narcotic and psychoactive substances. The circulation of Schedule I substances is under the strictest government control,” CMS wrote.

This statement is supported by a copy of the “List of narcotic drugs, psychotropic substances and their precursors to be subject to control in the Russian Federation” published on the website of the World Trade Organization. “List I” of the document includes “Cannabis (marijuana) [sic].” 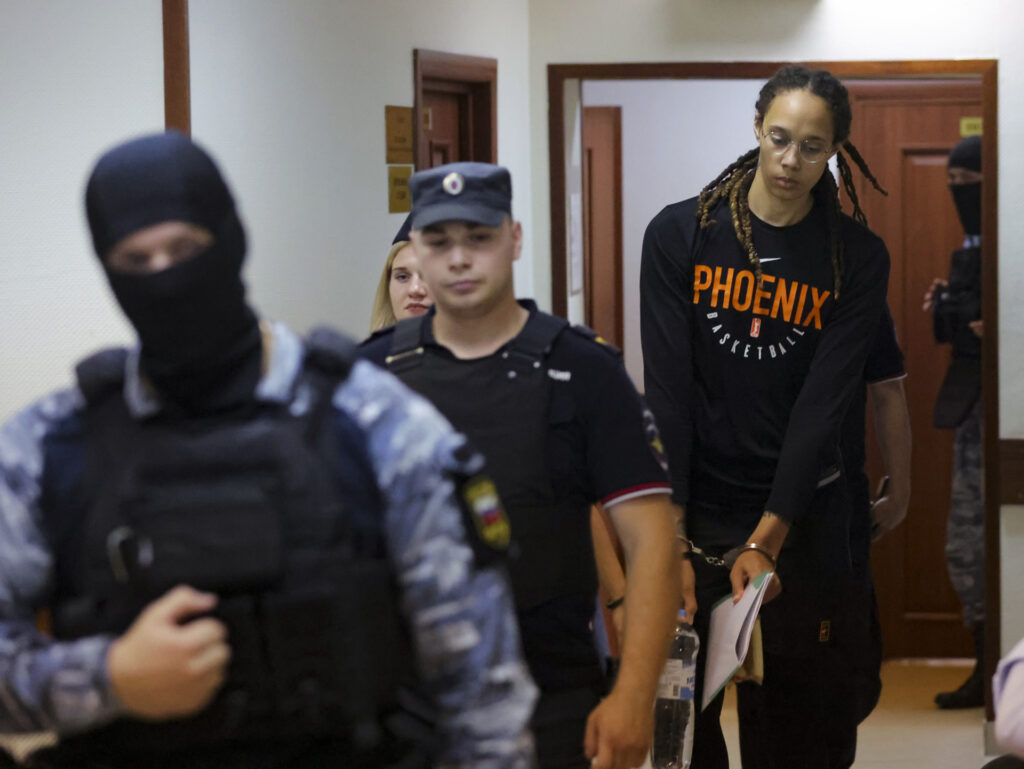 WNBA star and two-time Olympic gold medalist Brittney Griner is escorted into a courtroom for a hearing, in Khimki just outside Moscow, Russia, Wednesday, July 27, 2022. American basketball star Brittney Griner returned to a Russian courtroom on Wednesday for her arraignment on drug charges that could land her 10 years in prison if convicted. (Evgenia Novozhenina/Pool Photo via AP)

“Depending on the particular circumstances, violation of the rules on the circulation of cannabis can be punished under different articles of the Russian Criminal Code,” according to the CMS.

Depending on various factors (such as the volume or weight of cannabis produced or sold illegally, whether the crime was committed by an individual or an organized criminal group, etc.), the convicted person can be sentenced to eight to twenty years in prison or even life imprisonment if the crime is committed on a particularly large scale (for cannabis this means more than 10 kg).

Garner’s sentence this week to 9.5 years in prison for “drug smuggling” does not appear to have deviated from Russia’s established drug laws.

A court in the city of Khimki, Moscow found Griner guilty of “drug smuggling” on August 4, according to Russian state news agency TASS. mentionted.

Russian authorities arrested Griner at Moscow’s Sheremetyevo — AS Pushkin International Airport on February 17 after airport officials found pen cartridges vaporized with cannabis oil in her luggage. Police at the airport arrested Griner on suspicion of trying to smuggle drugs into Russia. Griner committed guilty of attempting to smuggle drugs into Russia on July 7; However, Griner said she included the hemp oil in her suitcase while rushing to pack and that she had no “criminal intent” in trying to travel with the substance.

Griner is a professional athlete and current member of the US Women’s National Basketball Association (WNBA). Griner won gold medals for USA Women’s Basketball at the 2014 and 2018 World Championships and the 2016 and 2020 Olympics. Immediately prior to her arrest, Griner played for Russia’s UMMC Ekaterinburg women’s basketball team.

Russian authorities recorded nearly 180,000 drug-trafficking offenses nationwide in 2021, “marking a decrease in the number of these offenses compared to the previous year,” Statista was observed on March 1st.

“After a sharp decrease in drug-related crimes in the country between 2000 and 2005, their amount increased in the following decade, reaching 236.9 thousand in 2015,” according to the statistics portal.

Human Rights Watch (HRW) and other watchdog groups have criticized Russia’s tough criminal code because it is overly strict in its assessment of lengthy prison terms for convicted drug offences.