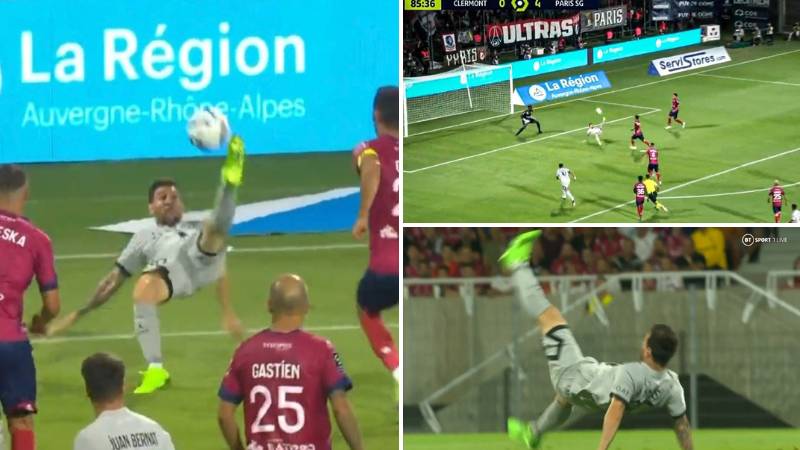 Messi scored his second goal of the game in spectacular fashion in his side’s 5-0 win on Saturday.

His goal wrapped up the game as he saved the best for last.

Leandro Paredes played a wonderful pass to Messi, who controlled the ball perfectly with his chest and then hit a bicycle kick with an extremely smooth movement to score a stunning goal.

Messi scored his first goal of the game in the 80th minute before scoring a goal of the season contender.

He flicked the ball behind him to set up Neymar, who fired home with a low drive.

Achraf Hakimi and Marquinhos also got on the scoresheet as the defending French champions open their league campaign with a big win.

PSG resume the league next Saturday when they host Montpellier.