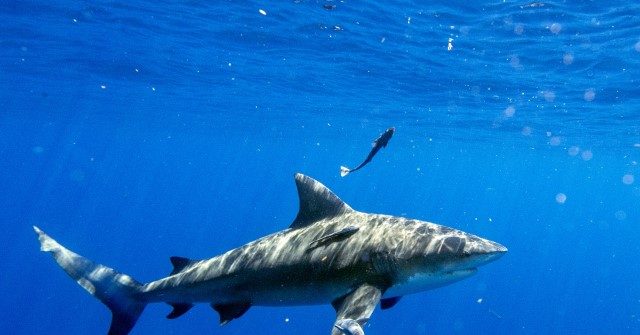 A Louisiana man is facing multiple drug and wildlife charges after authorities found him with too many sharks in his boat and an undisclosed amount of methamphetamine.

The Louisiana Department of Wildlife and Fisheries (LWF) announced the case this week and revealed details of the arrest of 44-year-old Houma resident Anouda Lirette. The incident reportedly took place recently when wildlife officers were patrolling Oyster Bayou and saw Lirette throw a shark overboard.

When agents went to check on the man to make sure he was following fishing guidelines, they found he had fished too many sharks, had one undersized shark, had an unknown amount of methamphetamine and was carrying drug paraphernalia, information from the LWF revealed.

Police booked Lirette into the Terrebonne Parish Jail, where he is awaiting arraignment. If convicted, he could face fines of up to $5,500 and up to two years in prison, WVUE mentionted.

Luisana Moreno is a writer for Breitbart Texas.