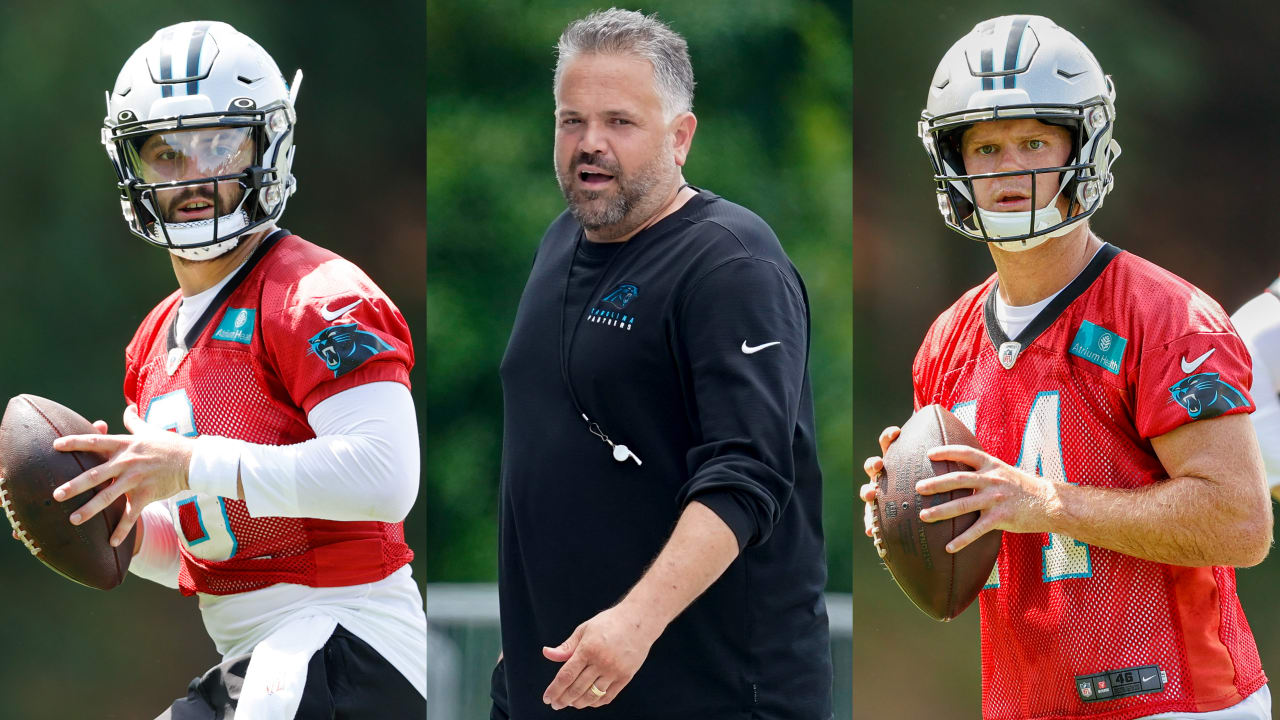 No decision will be made on who will be the Carolina Panthers QB1 this season until Week 2 of the preseason has passed.

Panthers head coach Matt Rhule on Saturday noted his team’s Aug. 19 tilt against the host New England Patriots as a testing ground in the QB battle between Baker Mayfield and Sam Darnold.

“I’m not putting a timetable on the quarterback position until after we get back from Patriots week,” Rhule said. via ESPN’s David Newton. “Patriots week is a real litmus test for us. This will really show us where the guys are at.”

Darnold and Mayfield have alternated reps since the latter joined the team via trade before training camp in July. Darnold let it be known that the two are “cool” with each other and expects the competition to bring out the best in both of them, while Mayfield appreciates the transparency in the process.

Neither has emerged as a clear front-runner, however, and Rhule has maintained throughout that he will not rush into a decision.

By the time the Patriots’ preseason game begins, the Panthers will have played the Commanders in their first preseason game on Aug. 13 and also will have taken part in joint practices with the Pats before Friday night’s game.

On Saturday, both QBs had interceptions in practice, much to Rhule’s chagrin.

“We have to protect the football,” Rhule said.

While Rhule didn’t strongly state that he would make a decision after the Patriots game, he will now be a marker on the calendar in perhaps the league’s most anticipated quarterback event.

Next up, though, is a non-practice Sunday, which will be an opportunity for a deep dive into what he’s seen from the top two picks of the 2018 NFL Draft so far.

Rhule said of his and his staff’s Sunday plans, “Really dig into the tape and see who’s really dominant on offense and who’s not.”