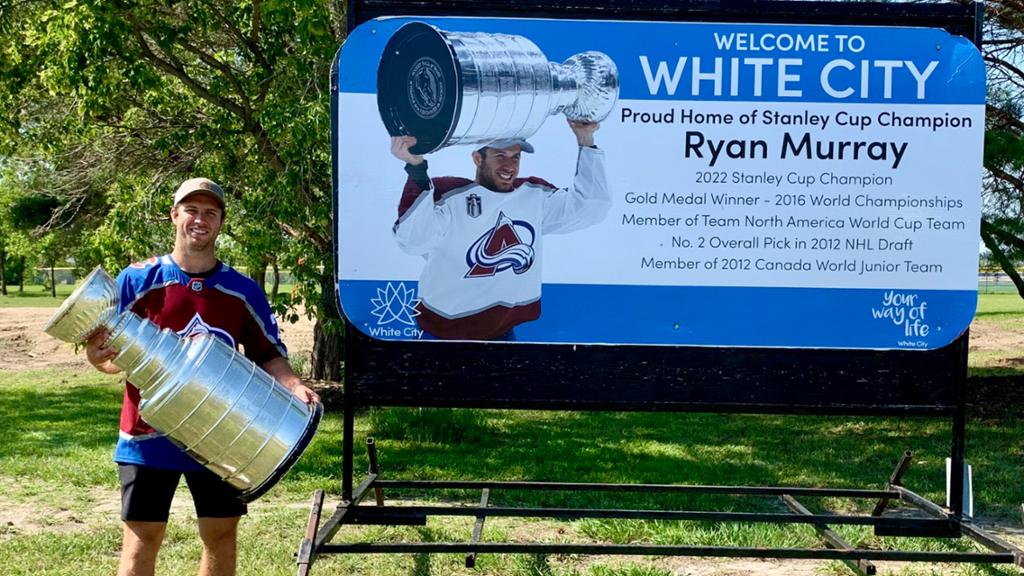 Cue the song “Proud of Your Boy”, because White City, Saskatchewan is just that.

The city put up a sign that read: “Welcome to the White City. Proud home of Stanley Cup champion Ryan Murray.” He looked perfect next to the Colorado Avalanche defenseman, where he posed with the Stanley Cup.

Tweet from @keeperofthecup: They are so proud of their boy! (White City, SK) #StanleyCup @Avalanche @NHL @HockeyHallFame pic.twitter.com/acQYwR3Ror

The plaque also listed Murray’s hockey accomplishments, including the 2016 World Championship gold medal, the No. 2 overall pick in the 2012 NHL Draft and, of course, the 2022 Stanley Cup championship.

Afterwards, Murray took the Cup to the Regina General Hospital in Regina, Saskatchewan.

The Cup traveled a long way to reach Murray in Canada, traveling from Finland.