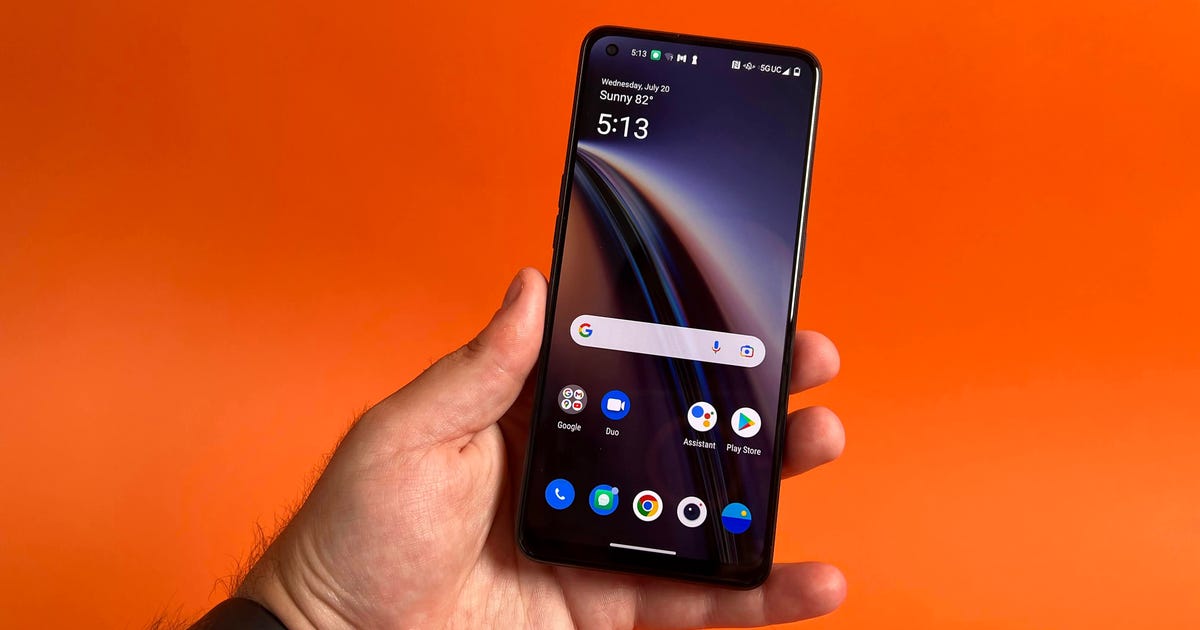 The OnePlus Nord N20 5G’s $300 price tag matches the original OnePlus One from 2014, but beyond that, a lot has changed from what OnePlus now offers at this lower price point. 2014’s $299 “flagship killer” phone was built to rival the best devices from Samsung, Apple and HTC, with a “Never Settle” mantra.

Instead, the N20 5G brings some nice conveniences from the high-end tech — like an in-display fingerprint sensor and faster 33W charging — but pairs them with a less powerful processor and cameras.

Some of that is to be expected when you’re making a phone for a fraction of the price of flagship devices that charge $900 or $1,000. And the N20 5G offers surprisingly solid value for money, but don’t expect it to top its price bracket like OnePlus phones of years past.

I’ve been using the phone for the past few weeks and found that while the phone lacks excitement, it could pack enough features to run a lot of what you need within the $300 price range.

Read more: The best phones under $500

While the original $300 OnePlus One ran on a top-of-the-line Qualcomm processor at the time, the N20 5G uses Qualcomm’s cheaper Snapdragon 695 chipset with 6GB of RAM. Although it takes a minute to start after turning it on, once it loads it seems to be fine, albeit with occasional hiccups when the battery was below 10%.

Even then, I was able to multitask by watching The Departed on Netflix while texting and browsing the web without major issues, though scrolling improved when I only had one app open at a time. Playing games like Call of Duty Mobile also worked fine.

The display, a 6.43-inch AMOLED display, also looks good, although AMOLED panels on budget phones are nothing new, as Samsung has it on some of the affordable Galaxy A series devices.

The N20 5G’s 60Hz refresh rate makes me miss the 90Hz panels that OnePlus has used on most of its phones over the past few years, particularly when scrolling through text-heavy websites or even opening the app drawer. Even cheaper phones like the $200 TCL XE 30 5G offer 90Hz displays at lower prices. However, browsing through TikTok or YouTube was fine on the OnePlus even when browsing on low battery.

Read more: The best phones under $200

The mono speaker isn’t great and lacks fullness, but it can be loud and is good for playing music on Spotify or streaming a movie or TV show, especially when you’re in a quiet room.

On the plus side, there is a fingerprint scanner built into the display and it works well, recognizing my thumb and unlocking the phone quickly and reliably. There’s also a 3.5mm headphone jack and a microSD card slot for adding an extra 512GB of storage. You also get NFC for tap-to-pay mobile payments, a feature that even sub-$400 phones like the Moto G 5G are lacking.

Beyond the lower refresh rate and display processor, there are a few other areas where OnePlus has fallen short compared to its flagship devices. The phone is IP52 rated, so it should survive dust and raindrops, but don’t take it into a pool or shower. It also lacks wireless charging, which is a common omission for most sub-$300 phones.

I also wish the vibration motor was a bit stronger on this 173g phone, as the haptic feedback when texting was inconsistent and the hum for notifications like calls and texts was weak.

As you’d expect with a budget phone, night photography isn’t a selling point for the N20. It has a “Night Mode” but these photos still look pretty dark. In this example, the New York Mets apple appears to blend in with the darkness of the sky.

The macro lens, meanwhile, is useful for fulfilling a number of “three rear camera” specifications, but not great for much else. The macro camera was inconsistent with focus and the result lacked sharpness and detail. I wish more companies would stop including these cameras and use that money to upgrade more worthwhile features like the display, processor or speakers.

There’s also a monochrome lens, but there’s no special setting for shooting with it, and instead it seems like it’s designed to help the primary shooter like other OnePlus phones.

A 16-megapixel camera is located in the upper left corner. Like the main rear shooter, selfies look nice in plenty of light.

The included gallery app is disappointing even when using basic features like pinch to zoom. I found that when I gestured to zoom out that the N20 lagged. Zooming in, however, often worked well.

OnePlus stands out a bit by including a 33W fast charger with the phone, which is notable as manufacturers keep leaving it out of the box.

While I haven’t run rigorous tests, I haven’t had any issues with battery life in mixed usage of my phone.

With the OnePlus Nord N20 5G it’s easy to see where the company is skimping on features to keep costs down. It still handles many of the basics well, which could be enough for T-Mobile or Mint Mobile users looking for a solid, yet affordable carrier option.

OnePlus recently expanded the N20 5G to now be available unlocked, though 5G support is limited to carriers using T-Mobile’s 5G network (such as Mint, Google Fi, and Metro by T-Mobile). .

It’s a shame that OnePlus has strayed so far from what brought it all its initial success, as the US market needs much more powerful, lower-priced alternatives to the likes of Samsung and Apple. The N20 comes close, but too many compromises keep it from ever being great.