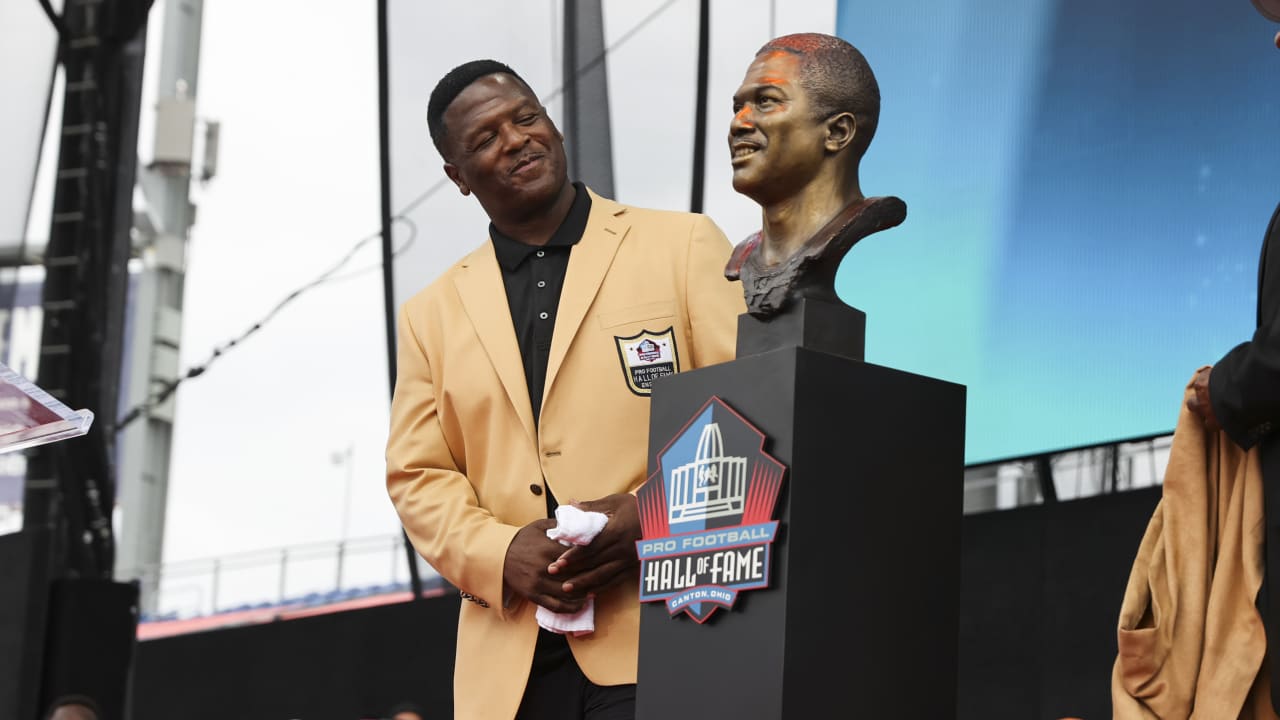 “You’ve already heard a lot of statistics, but today I want to talk to you about the humanity of a man. On the surface, Sam Mills’ story is a story of a man who was told he wasn’t good enough, good enough to play college football, or that he wasn’t old enough to play pro football. And at 27, he wasn’t young enough for the NFL. Yet here we are today, celebrating him. That’s because Sam worked harder than his peers, took advantage of every opportunity , became a legendary athlete.”

“From the Philadelphia Stars to the New Orleans Saints to the Carolina Panthers, if you worked hard at anything, Sam would tell you he appreciated your hard work. You could be a teammate, coach, ball boy, guard It’s no wonder Sam inspired so many people or that the Panthers adopted his motto, “Keep hitting.”

“He led by example and people followed him. He was more than just a great football player, he was a father, a friend, a husband. And a leader who always fought, no matter the odds. So, thank you for this honor, for believing in Sam and for helping to keep his story alive. Keep hitting everyone, that’s what Sam would want you to do.”