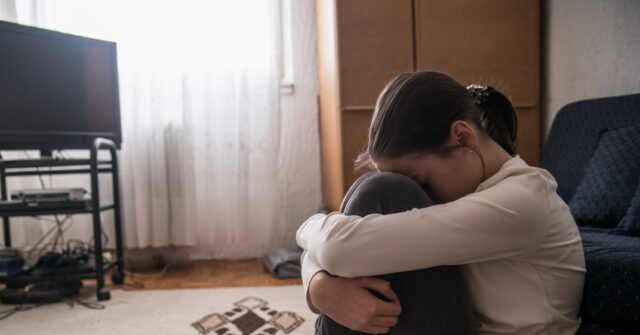 The official police watchdog has claimed, after a two-year investigation, that it has been unable to find out why Greater Manchester Police (GMP) dropped an investigation into “Asian” gang-rapes that netted almost 100 suspects.

The Independent Office for Police Conduct (IOPC), which is supposed to alert law enforcement in England and Wales, launched an investigation into three Mancunian officers following the publication of an inquiry into gangs commissioned by the city’s mayor, Andy Burnham, which – as other investigations before this — found that council officials, social workers and police had failed the predominantly white victims of predominantly Muslim, gang-rapists of South Asian heritage, in part because of politically correct fears surrounding the issue.

However, the guard has now she stopped her investigations to the trio, who were referred by GMP after the Burnham-ordered investigation, and claimed they were “unable to determine” why a police investigation into grooming gangs, Operation Augusta, was closed despite identifying 57 victims and 97 possible suspects.

“Despite considerable effort, we have been unable to determine who made the final decision to close the Augusta operation in July 2005, or the rationale for doing so,” the IOPC said of the investigation, which began in 2004 after a rape 15 years old. Gang victim Victoria Agoglia, who reported being sexually assaulted and injecting heroin to authorities but was not helped, died of an overdose.

Steve Noonan, Director of Major Investigations at the IOPC, said his organization had “collected and reviewed a significant amount of evidence, which helped us understand some of the actions that were taken”, but that, ultimately, “we were unable to identify evidence showing who made the decision to close the Augusta operation and, more importantly, why.”

The IOPC claimed that the challenges they faced included “the passage of time. a lack of available records of meetings and decisions taken at the time; and the fact that some former police witnesses who worked for GMP were either unable or unwilling to take part in our investigation.’

While Members of Parliament (MPs) could potentially launch their own inquiry into the scandal and order these “GMP working witnesses” to appear before them on pain of being found in Contempt of Parliament, the IOPC made no such proposals — and MPs themselves rarely address the issue of grooming gangs, preferring to leave it to local government and local newspapers.

Indeed, Breitbart London contacted the five then-candidates to succeed Boris Johnson as Tory leader and prime minister in July after Labor advisers blocked a call from Tory councilors for an inquiry into grooming gangs in Oldham to ask if they would commission one, and none of them responded.

Breitbart London also asked the IOPC if it had “ever been wrong or recommended sanctions against specific officers” following investigations into grooming gangs after this latest investigation into GMP officers was withdrawn, but that inquiry was also ignored.

Director Noonan said the IOPC had “identified several areas of potential learning for GMP to consider” in official statement about dropping his investigation, but downgrading from standard ‘lessons learned’ line after gang grooming scandals to ‘lessons’ could is likely to prove cold comfort to victims.