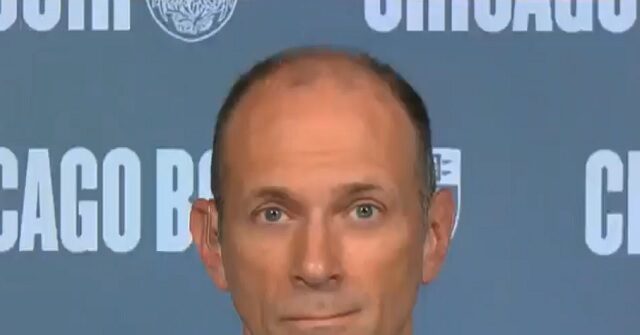 On CNBC’s “Squawk Box” Friday, University of Chicago Booth School of Business economics professor Austan Goolsbee, who served as Chairman of the Council of Economic Advisers under President Barack Obama, praised the number of jobs added, but he pointed out that If GDP is falling at the same time as a large number of jobs are being added, “it must mean that productivity is falling” and we will likely “see a continuation of this kind of negative real wage growth.”

Goolsbee said, “I mean, that’s an impressive number. There’s never been a time when we’ve reduced the unemployment rate so low, where we’re adding 500,000 jobs. I mean, I thought, given all the rate hikes, that we were probably going to have a disappointment or a loss. You’re never going to hear me criticize a number of jobs where we have half a million jobs. I would emphasize that there are two areas, not of weakness, but of danger. The first is, if you have contracted GDP when you’re adding jobs at that rate, it has to mean that productivity is going down, and if productivity is going down, what that’s going to do for wages is not great. And so, you’re probably going to see a continuation of that kind of negative real wage growth. But the second thing is that this is not fundamentally stable. There aren’t enough people to keep adding 500,000 jobs a month. So with a quick enough order, that’s — it has to stop. We need to get to de facto full employment and then the numbers won’t be so big. And so, people can’t be surprised when that happens.”