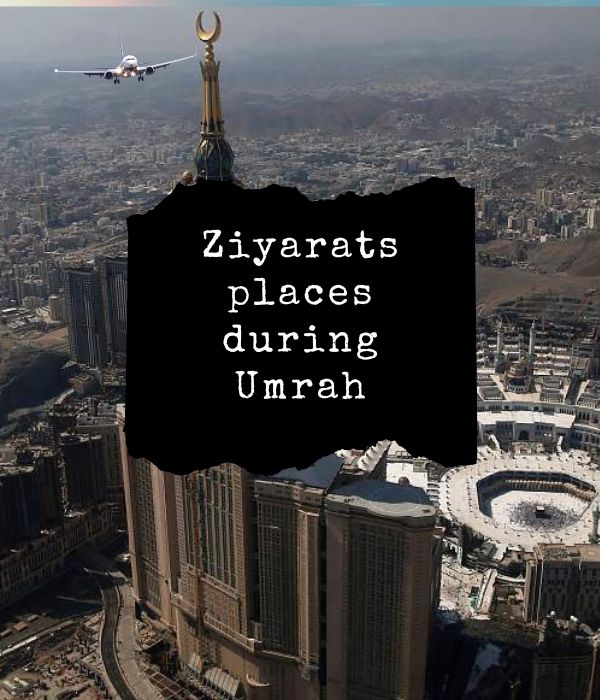 Total 4 rites of Umrah are Ihram, Tawaf, Sa’i and Halq/Taqseer. Only the rite of Ihram is performed at places of worship. The remaining Tawaf and Sa’i are performed in Masjid al-Haram and these two are extremely important rites of Umrah. The final rite (halq/taqseer) for exiting the state of Ihram and completing the sacred journey can be performed anywhere and at any location in Makkah.

Umrah requires only a few hours to complete but still, Muslims go to Saudi Arabia with 7 -10 and 14 days Umrah packages. Here is the curiosity why 7 or 10 and 14 days are chosen to perform Umrah?

Because Muslims pick more than one day to visit the various holy places in Makkah and Madinah. Some of them are very holy places that are directly related to our Prophet. A visit to these holy places can be a part of the Umrah package if the package is obtained from any reliable travel agency.

During Umrah, millions of Muslims visit the Kaaba at Masjid al-Haram and can say that this will be the first ziyarat place in the list of holy places during Umrah. Ibrahim (A.S.) had left his wife and son alone here, under the command of Allah. During Tawaf, visiting the Black Stone and after that drinking the water that was taken out of the earth by the angel Gabriel to quench the thirst of Ishmael (peace be upon him).

A few steps away from the Kaaba, there is a stone that was used by Ibrahim and Ishmael during the construction of the Kaaba, and that place is called Maqam Ibrahim. After Tawaf, Sa’i is a ritual which was performed for the first time by Hajra (RA) when her son was crying due to thirst.

During Umrah, the second pilgrimage is Jannat al-Mula which is located 10 minutes away from Masjid al-Haram. The reason this graveyard is holy is that it is the final resting place of the family members of the Prophet (peace and blessings of Allah be upon him) and many of his companions.

This mosque is one of the nearest Meeqats located at a distance of 8 km from Masjid al-Haram. Once here, Hazrat Aisha, the third wife of the Prophet (peace and blessings of Allah be upon him), put on her Ihram at this place. So, that is why pilgrims put on their Ihram in the Aisha Mosque established at this place.

This cave is located on the mountain of Jabal Al Noor. In this cave, Hazrat Jibraeel (peace be upon him) appeared to the Prophet (peace be upon him) for the first time with revelation. The distance of this cave from Mecca is about two miles and the total length and width are 12 feet (3.66 m) and 5.5 feet (1.68 m) respectively.

This cave is located on the mountain of Jabal Thawr. At the time of the migration to Madinah, the Prophet (peace and blessings of Allah be upon him) and his companion Abu Bakr Siddiq (RA) stayed in this cave for 3 days to escape from the idolaters of Makkah.

It is located in the valley of Arafat at a distance of 20 km outside Makkah. Hazrat Adam (AS) and Hazrat Hawa (AS) descended from heaven to the earth at that place. The same white pillar reminds us of the moment when our Prophet (peace be upon him) gave his last sermon during Hajj and offered two prayers, Zuhr and Asr. This place is near Masjid Al-Numrah.

The Jinn Mosque is built at the same place, where the Prophet (PBUH) met a group of Jinn creatures. During this time, he had drawn a line around his companion Abdullah bin Masoud (RA). After this meeting, this group of jinn creatures accepted Islam at the hands of the Prophet.

These holy places are among the main pilgrimage sites for visitors to Makkah. If planning to perform Umrah this year, confirm with the concerned travel agent whether these destinations are included in your cheap Umrah packages 2022.