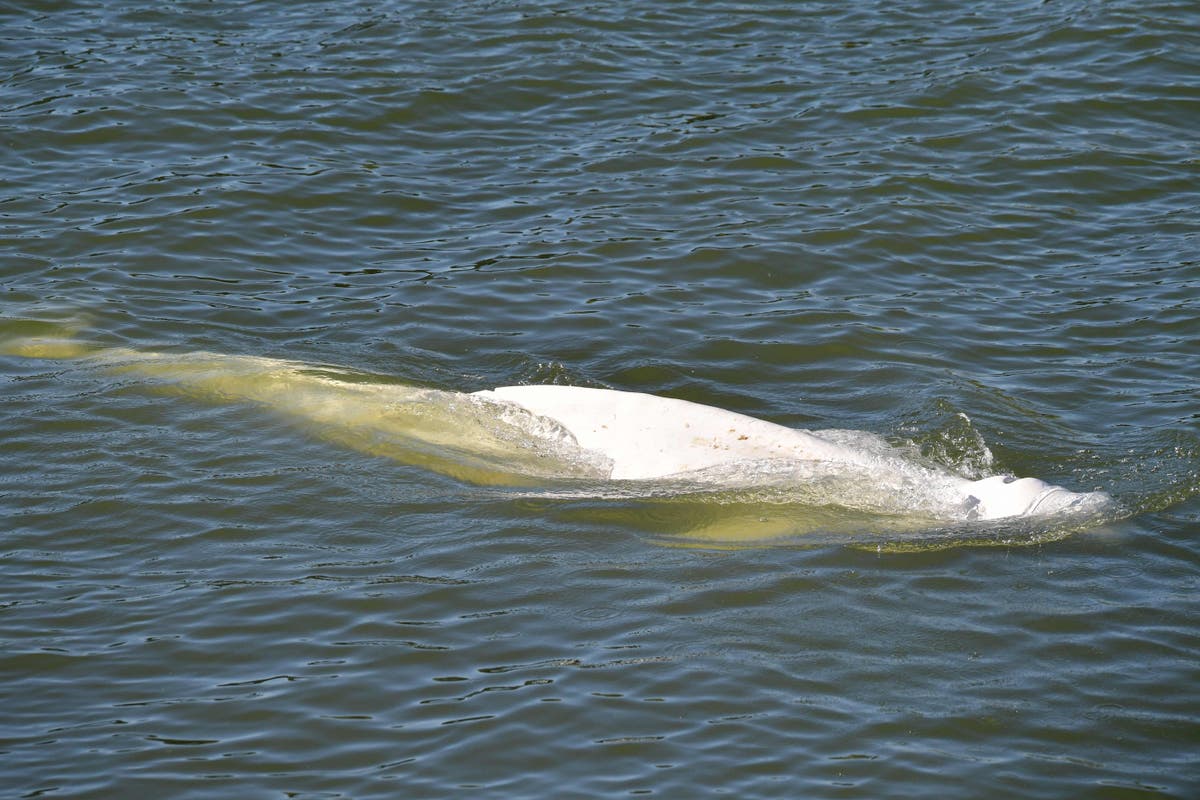 French authorities are to give vitamins to a starving beluga whale stranded in the Seine River near Paris after it refused to feed.

The whale was first spotted on the coast along the Seine on Tuesday, miles away from the colder Arctic water it’s used to, and has now swum 44 miles north of Paris.

Denied any food it has been given, environmental experts worry they are in a “race against time” to save the beluga.

Rescuers tried to feed the beluga frozen herring and live trout, but it refused.

“He is quite emaciated and seems to be struggling to eat,” Isabelle Dorliat-Pouzet, a senior police official in the Eure department in Normandy, which is overseeing the rescue operation, told a news conference.

He said they hope injecting the beluga with vitamins will help stimulate its appetite.

Ms Dorliat-Pouzet added that small spots had appeared on the white of the whale, however, it was not clear whether this was a result of the fresh water or signs of health problems.

Authorities are still deciding the best course of action to return the beluga to the sea.

They are not sure if they will wait for the animal to regain its appetite in the waterway before taking it back to more familiar territory.

On Friday, Gerard Mauger of marine chat firm GECC said that despite being a highly social mammal, “it is behaving the same as yesterday, it looks very dark. It only surfaces for a short time, followed by long dives.”

Based on sonar recordings, it was also emitting very few of the chirps and bleats that whales are known for, raising further concerns about the animal’s health.

Rescuers are tracking the beluga with two drones after it was spotted in the river in Saint-Pierre-la-Garenne.

Belugas usually live in the Arctic and sub-Arctic oceans, although they sometimes drift into more southerly waters and estuaries and can temporarily survive in fresh water.

It is not known why the animal has drifted so far from its natural habitat in colder Arctic waters, beyond the port of Rouen and dozens of miles down a busy waterway to the French capital.

Members of the public are asked to keep away from the animal.