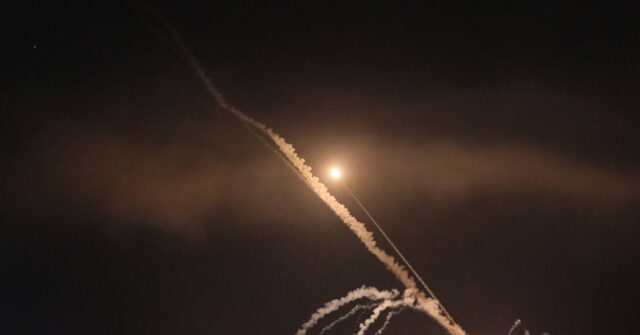 An Egyptian-brokered ceasefire began Sunday night at 11:30 p.m. local time between Israel and the Iranian-backed terrorist militia known as Palestinian Islamic Jihad (PIJ) after two days of fighting in which Israel had the clear upper hand.

PIJ fired hundreds of rockets into Israel – including the major cities of Jerusalem and Tel Aviv – none of which caused direct casualties, thanks to Israel’s Iron Dome system, which shot down rockets aimed at the country’s population centers.

A PIJ rocket landed on a house in the Israeli town of Sderot, but the family was housing inside the “safe room” of their home.

Iron Dome receives some funding from the US, which has received the system from Israel. Some Israel advocates noted that many members of Congress voted against new funding for the Iron Dome after last year’s war between Israel and Palestinian terrorists.

420 Democratic and Republican members of Congress voted to fund it.

Meanwhile, Israel eliminated much of the PIJ’s command structure and eliminated significant portions of its cache of weapons, while also attacking observation posts and underground tunnels.

In the final moments before the ceasefire, the Times of Israel mentiontedeach side launched a few final attacks.

Experts remain baffled as to why the PIJ would care to take on Israel now, without the involvement of Hamas, the terrorist group that controls the Gaza Strip and allows the PIJ to operate. The one-sided outcome will damage Iran’s image in the region.