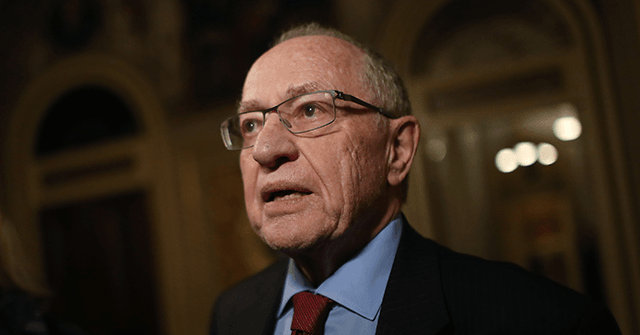 He suggested that Biden being a “one-term president” might be best for the Democratic Party in the long run.

“[A]think about what you just heard,” said host Maria Bartiromo. “Obviously, President Biden’s endorsements and support from his own party is eroding.”

“Well, he has to make a decision now,” Dershowitz replied. “He has to decide whether to run or come out and make room for other people. If he doesn’t run, the field is very, very wide. There is no obvious candidate. If Trump wins, likely, Biden can beat him again. But if DeSantis had been the nominee, Biden probably wouldn’t have been able to beat him.”:

“So I think Democrats need to make sure that the same mistake that Ruth Bader Ginsburg made, not retiring early and not allowing a conservative Republican to fill her seat, that mistake can’t be made,” Dershowitz added. “Look, President Biden was the modern-day President Ford. Calm things down. Stabilize things. Ford was a one-term president. Maybe the best thing for the Democrats would be if Biden was a one-term president.”