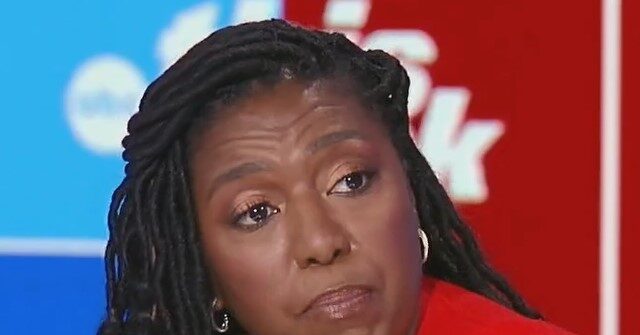 On Sunday on ABC News’ “This Week,” Democracy for America CEO Yvette Simpson called on “overwhelmingly” unpopular President Joe Biden not to run for re-election so that Vice President Kamala Harris can replace him.

Simpson argued that the “strong” vice president “has to be” next in line for the presidency and lamented that Biden has not followed through on his promises.

“I think that [Biden] he shouldn’t be running,” said Simpson. “I mean, you know, his numbers are very low, overwhelming. The poll showed that Democrats do not want him to run. I mean, when people rallied around him becoming president, there was an expectation that he wouldn’t run again, that he would actually empower someone to run. Who that man will be, I do not know.’

“It should be,” Simpson replied. “I don’t know that he’s positioned to do that. She should have been positioned strongly and able to really be a person who could lead, and she was behind. And I think she should be given the opportunity to be a leader. She’s strong. She is young. It’s able to take the energy, but we haven’t seen it strong, and I don’t know why the Biden administration didn’t position it that way. It has to be her because there would be outrage to bypass the vice president, especially the first African-American and Asian vice president.”

He continued, “But they have to do a lot of work to get her in that position so we can see her strong, and that should be the work we should be doing right now — not patching together Biden who he’s certainly abused, he hasn’t kept his promises on bipartisanship and doing the kind of job he said he would do.”